ABCO Marine Ltd has been contracted by Galliford Try for the construction of Fort Cumberland SST Sea Defenses.

The project is to replace damaged sea defenses next to the historical Fort Cumberland site in Eastney, Portsmouth.

ABCO sourced and procured the rock for the project, with vessels chartered to transport the rock armor from Norway for offloading within Southampton Port where the rock is temporary stockpiled.

The rock is then loaded onto cargo barges for marine tow and landing on Fort Cumberland beach, with the barges safely landed on a high tide operation. At low tide, the rock armor is unloaded and stockpiled on the beach in advance of the final rock revetment construction.

John Osborne, ABCO Marine Ltd Director, said: “The Fort Cumberland Sea Defence project has taken months of planning and communications with both stakeholders and suppliers, all brought together to support the construction phase of the sea defense at Fort Cumberland.”

“ABCO has been supported by Southampton Port, and with special assistance by Langstone Harbor for pilotage and support for the beach landing of the rock cargo barges. We are currently mobilizing the final plant items to support the rock revetment construction phase, which we hope to have completed to program.”

ABCO mobilized to site in April 2017 and are programmed to complete and handover in September 2017, they said in its announcement. 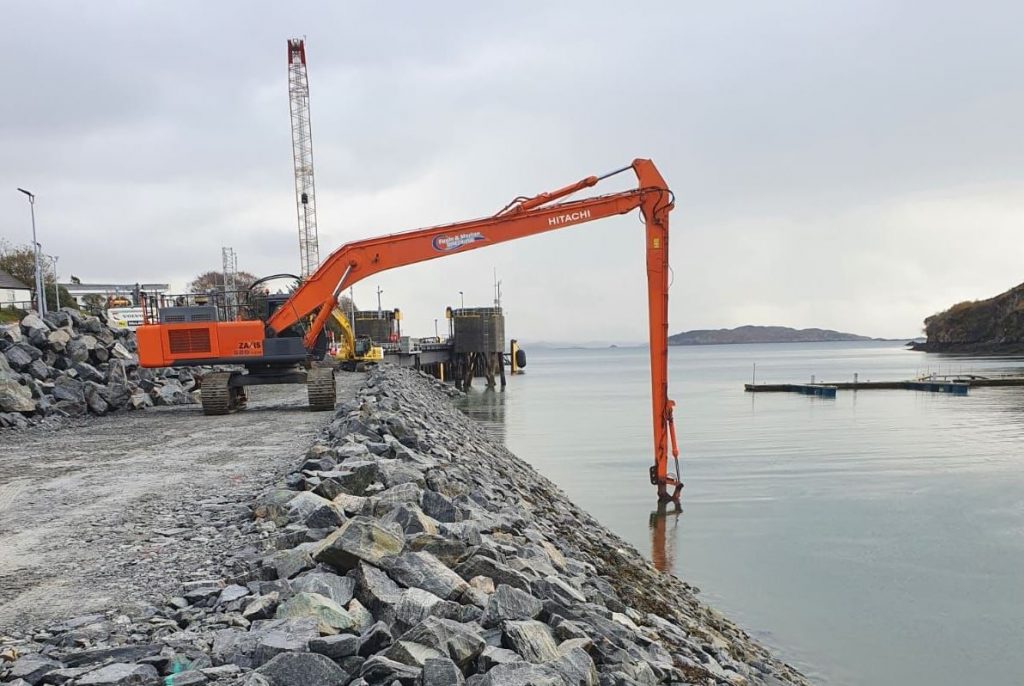