The U.S. Army Corps of Engineers’ Baltimore District awarded a contract on September 29 to Coastal Design & Construction Inc., from Gloucester, Virginia, in the amount of approximately $6.88 million for construction of a navigation improvement project at Rhodes Point on Smith Island.

The scheme consists of realignment of a portion of the federal navigation channel in Sheep Pen Gut through dredging; construction of two jetties to prevent shoaling in the channel and to reduce the continual need for dredging; and creation of a stone sill along the shoreline to prevent further erosion and contain the clean dredged material from the project.

Wetland restoration and protection is a secondary benefit of the project, according to USACE.

This project construction and dredging will occur sometime between November and April to meet environmental windows.

USACE said that the project should take approximately eight months to complete.

This area is sparsely populated and has three small residential fishing communities: Rhodes Point, Ewell, and Tylerton, all accessible only by boat. 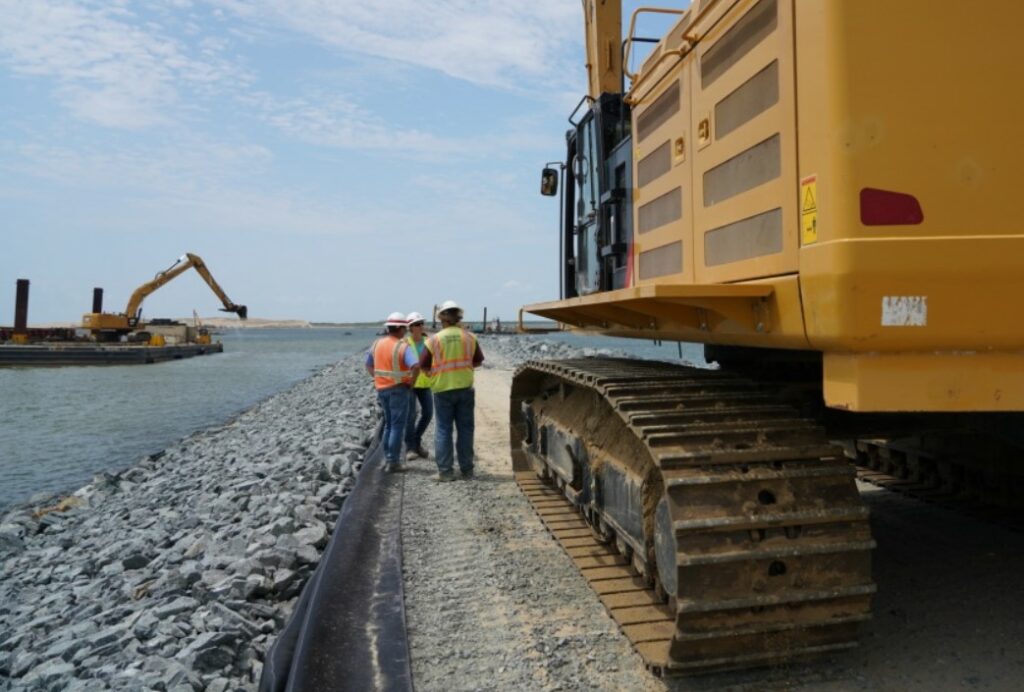