U.S. Rep. Fred Upton, recently sent a letter to the United States Secretary of the Army for Civil Works, which oversees the U.S. Army Corps of Engineering, to enlist help with the severe erosion problems plaguing the City of New Buffalo and New Buffalo Township.

Signing onto the letter additionally was U.S. Rep. Tim Walberg.

“We write to you today to enlist your help with severe erosion that the City of New Buffalo and New Buffalo Township are experiencing due to the failure of the Army Corps to maintain the beach nourishment plan as agreed to when the New Buffalo Harbor was originally constructed,” the letter said.

“The erosion is not only causing destruction to private property, but is also threatening the water supply for the City of New Buffalo due to its pump house located in the area being eroded….”

In the letter, Upton also wrote that the continued destruction of this Michigan shoreline and the potential destruction of a public utility cannot be allowed.

“I support the findings of the 2009 Corps study and the further findings of Edgewater Resources, and urge you to prioritize this significant project,” added U.S. Rep. Fred Upton. 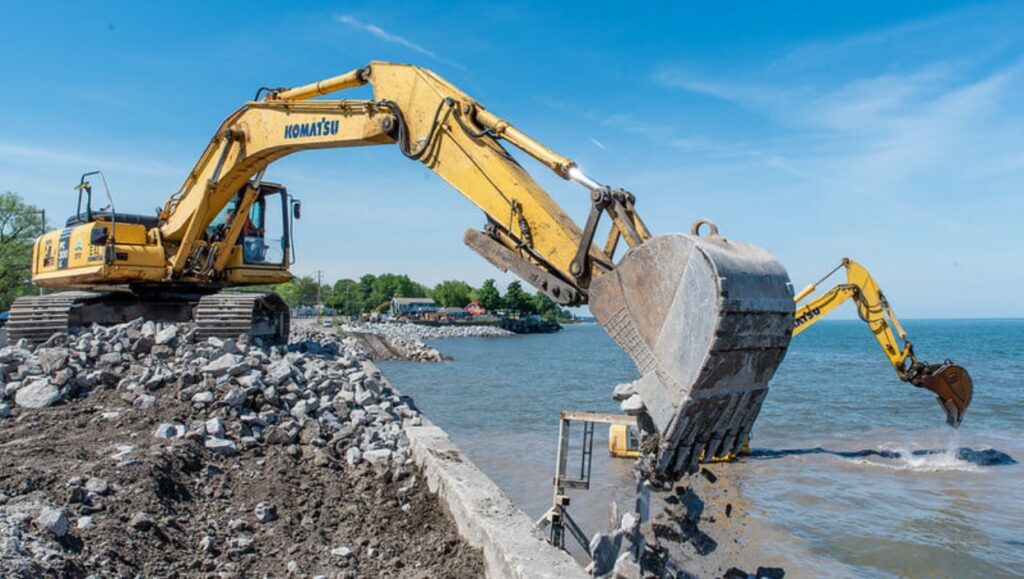