During the works, approximately 30,000 cubic yards of material was dredged from the breachway, adding between six vertical inches and a foot of sediment to the marsh. This enables plants like eelgrass to grow, and the marsh and pond to thrive. The dredging also deepened the breachway channel to improve navigation for boats that use the waterway.

Using sand dredged from the channel, rather than trucking in materials, helped the contractor work more efficiently.

According to CRMC coastal policy analyst Caitlin Chaffee, “J.F. Brennan’s use of amphibious excavators minimizes the impact to vegetation in the marsh, and their impact on the marsh is really next to nothing.”

After dredged materials were spread and graded, a variety of salt marsh grasses were planted. Over time, the grasses will cover the area, helping the marsh to recover. 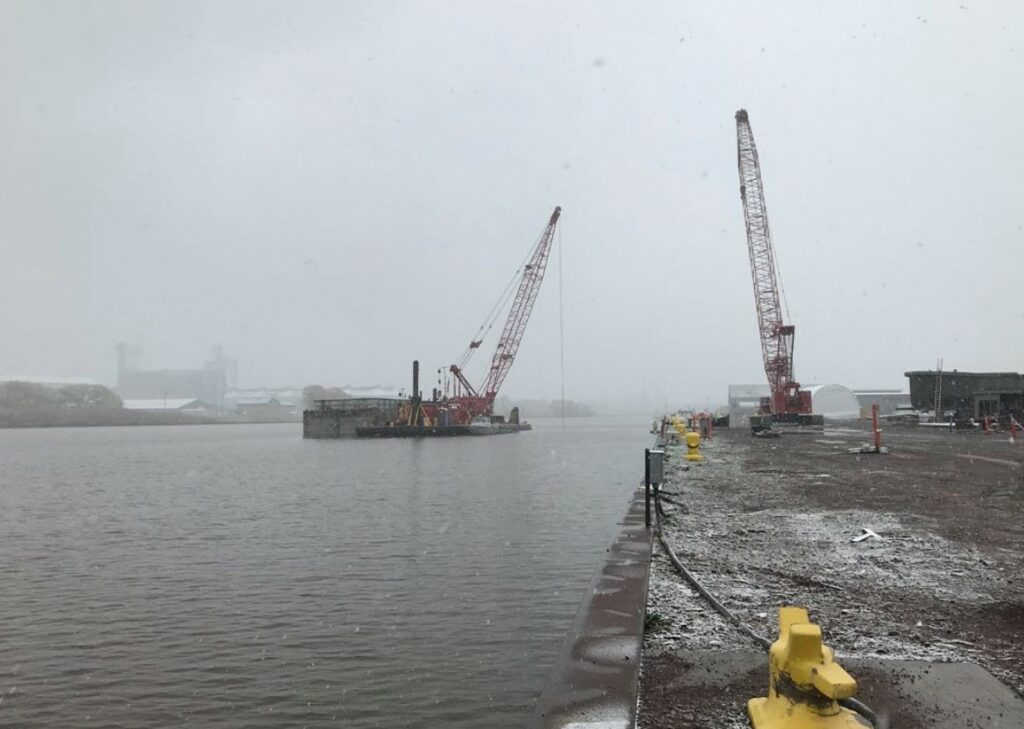