The newbuild, scheduled for delivery in late 2018, will be one of few LNG-powered dredgers in operation around the globe.

Despite being in the early stage of construction, the Zwolle-based dredging company has already won the first contract for the newbuild.

According to Van der Kamp, under the agreement signed last November, the Ecodelta will be responsible for keeping Rotterdam’s port basins at the correct depth until 2023.

Distinguishing it from a conventional dredger, the Ecodelta will be equipped with two ‘sweeparms’ which will enable the TSHD to remove oil from the water surface, allowing it to quickly react to emergency response situations. 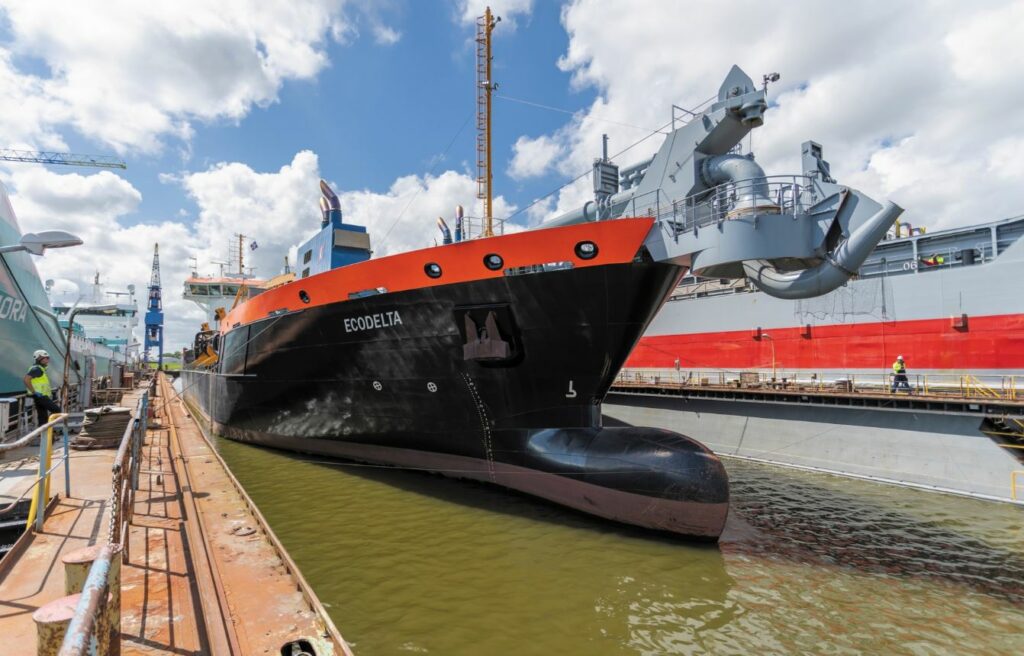