Advertisement
Back to overview
Home Dredging Today Boskalis in Markermeer Lake: Changing Map of the Netherlands

Boskalis in Markermeer Lake: Changing Map of the Netherlands

Boskalis is changing the map of the Netherlands in the Markermeer lake, where nature is getting a boost with an archipelago of five new islands.

First and foremost the Marker Wadden will become a paradise for birds, but also a recreational area for nature lovers, said Boskalis in its announcement.

“It’s not the first time Boskalis has changed the map of the Netherlands: we also did so when we built the Maasvlakte 2 industrial area,” said project manager Jeroen van der Klooster. “It is this aspect that captures the imagination of many of our colleagues.”

The Markermeer lake was formed in 1976 when the Houtrib dike between Enkhuizen and Lelystad was completed.

Boskalis is currently working on a separate project to reinforce the dike. The Houtrib dike was constructed as part of a plan to reclaim the Markermeer lake, a plan which was ultimately shelved.

“Construction of the dike had a major impact on the underwater environment of the lake,” added project adviser Liselotte van Dijk. “Large quantities of sediment have settled like a blanket on the bottom of the Markermeer lake, and its shoreline consists of stone edging. This led to a dramatic decline in fish and bird populations. With the construction of the Market Wadden our client, Stichting Natuurmonumenten, wants to restore the ecological balance.”

The main outlines of the five islands are now in place and the first island is largely complete, attracting national and international interest. 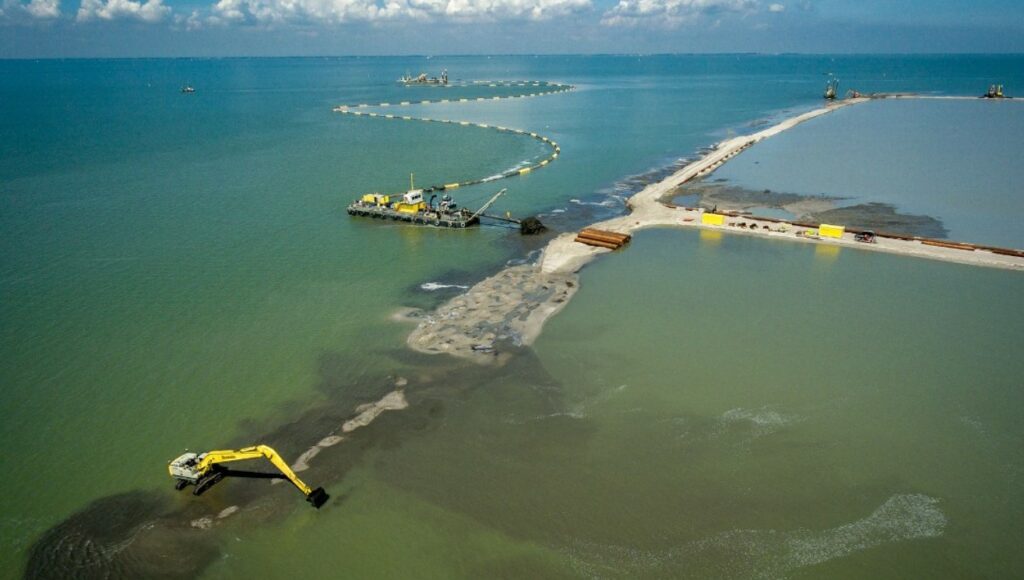