Bethany Dredging Project Set for May

The U.S. Army Corps of Engineers, Philadelphia District, recently awarded a $19.2 million contract to Great Lakes Dredge and Dock Company (GLDD) to dredge 1.2 million cubic yards of sand that will be used to fortify the beaches and dune system in Bethany, South Bethany and Fenwick Island.

According to the latest project update, the preliminary works, or ‘mobilization’, for the sand pumping operations will begin in mid-April.

Beach replenishment work will not begin until mid-May.

USACE said in its latest announcement that this very important coastal protection scheme will be conducted as follows:

The hopper dredgers Dodge Island and Padre Island, owned and operated by GLDD, will be used to complete work. The dredgers will work in tandem from a pipe landing (typically in the middle of a community and then first work north or south and then flip and work in the other direction).

The sand is pumped through a series of pipes onto the beaches. The sand is then graded into a dune and berm template designed to reduce potential storm damages to infrastructure, businesses and homes. 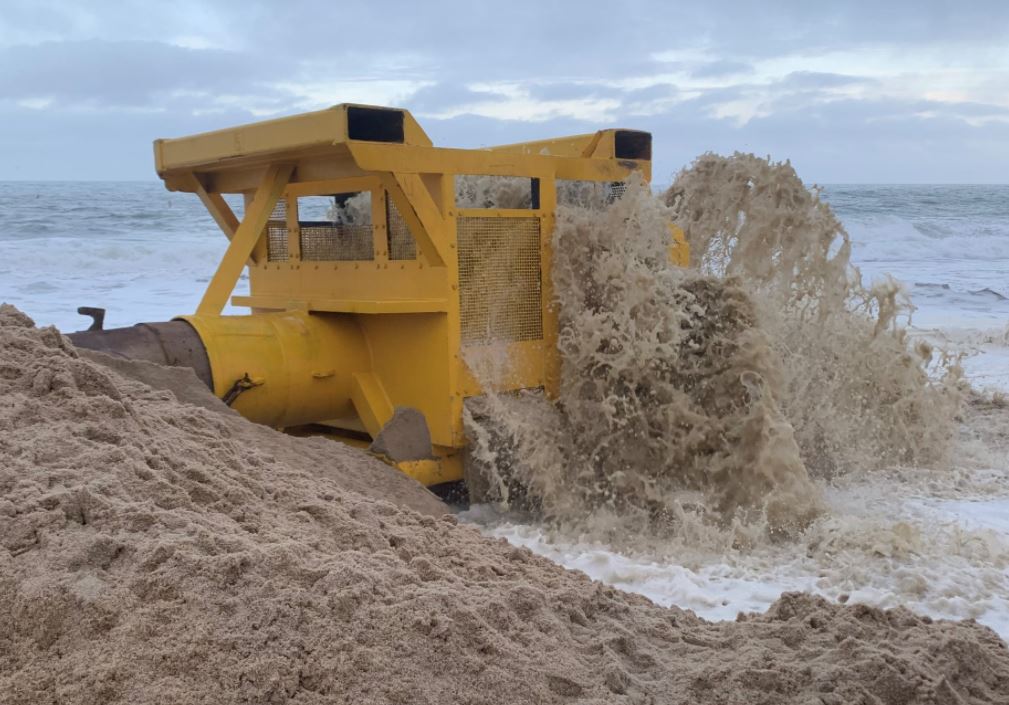