Dutra Group is making great progress with the maintenance dredging of U.S. Naval Station Kings Bay and sand placement at Fernandina Beach, the company reported on its Facebook page.

In their latest post, Dutra shared a photo of the Dredge Stuyvesant pumping sand onto the beach in Kings Bay for the U.S. Army Corp of Engineers, Jacksonville District.

The Corps awarded this $32.9 million dredging contract in late 2017.

Overall, the project includes maintenance dredging of the entrance channel and parts of the inner channel, returning the project to its authorized depths. It also includes escarpment removal at Fort Clinch State Park and beneficial placement of beach compatible sand in the northern portion of Fernandina Beach in Nassau County.

Under the current schedule, the maintenance dredging will end before March 31, which is the end of the environmental turtle window allowing hopper dredging. 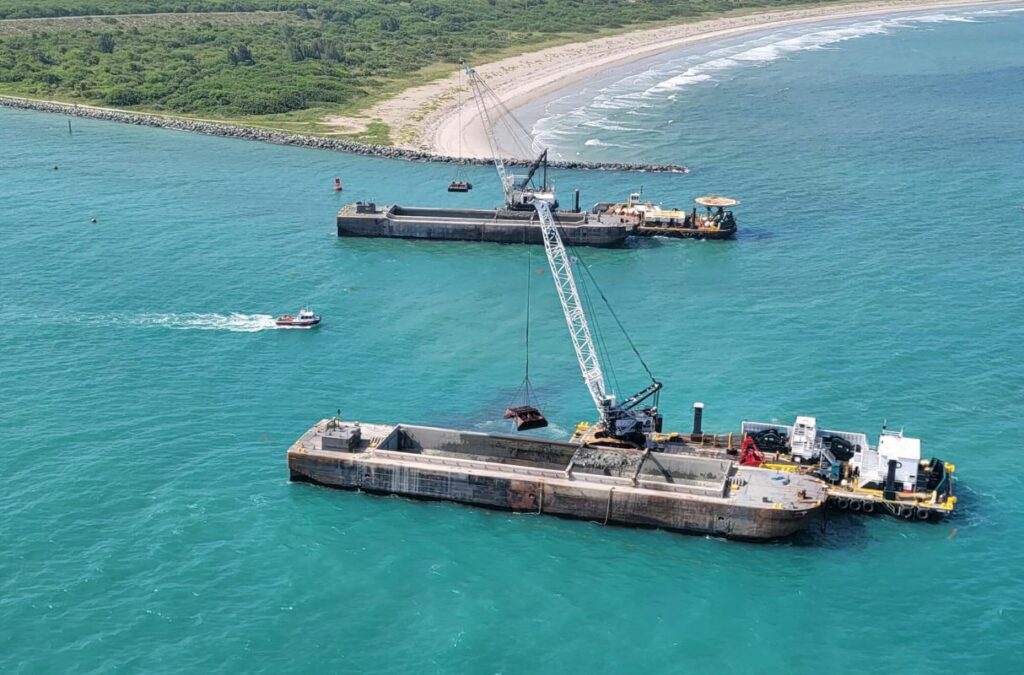