Crews began dredging Knapps Narrows near Tilghman Island this past weekend as part of maintenance dredging being overseen by the U.S. Army Corps of Engineers, Baltimore District to ensure continued safe navigation along the federal channel.

According to the Corps, the Knapps Narrows Federal Navigation Channel is important to the local economy and is used heavily by watermen and for recreational purposes. It is also the main access to Poplar Island.

The dredging is being done through a $1.4 million contract awarded by USACE to Southwind Construction of Evansville, Indiana, earlier this year.

As part of the maintenance dredging, crews will be removing roughly 100,000 cubic yards of material from the Knapps Narrows Federal Navigation Channel to restore it to its authorized depth of 9 feet (MLLW), plus two feet of allowable overdepth, and a width of 75 feet.

The U.S. Army Corps of Engineers has coordinated closely with the Maryland Department of Environment and Talbot County on the project and dredge material placement site. The material, consisting of clay, mud, sand, silt and shell and combinations thereof, will be placed via pipeline at the previously used upland site located on approximately 20 acres of the Donnel-Jones Farm.

Dredging work in the channels is expected to be done in May, ahead of Memorial Day weekend. 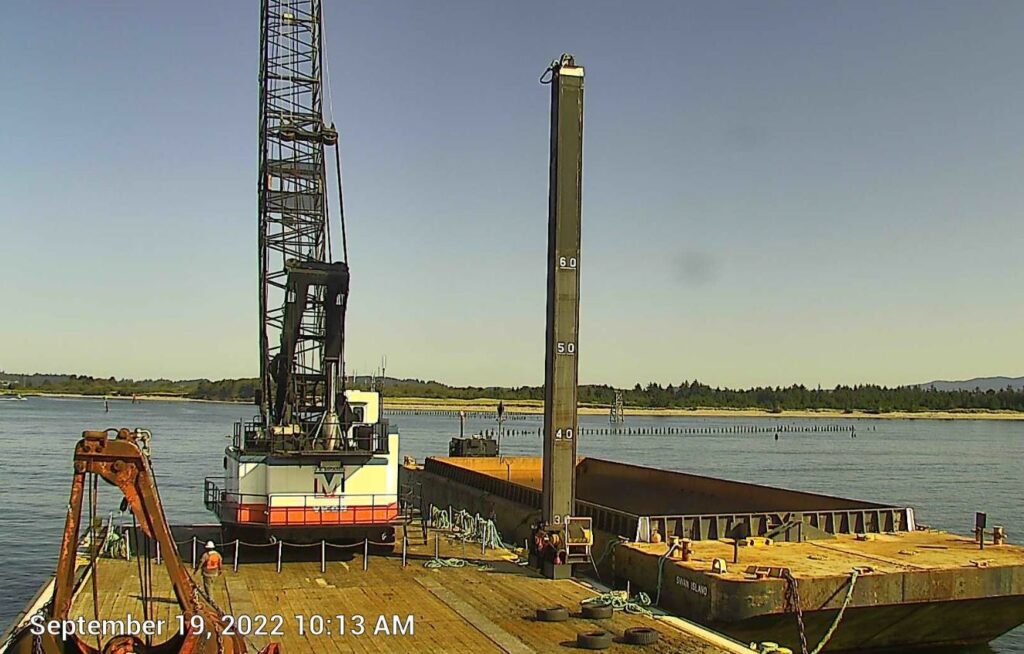