Dragados UK, part of the Dragados Group – a key construction arm of the ACS Group, has started caissons construction for the Aberdeen Harbor Expansion Project.

According to the company, the first of 22 giant caisson units has been fabricated in support of Aberdeen’s South Harbor Construction Project.

The units, which are up to 51 meters long and 16 meters high, will form the ‘closed quay’ to be constructed within the new harbor and, due to their size, these units are being fabricated in the Port of La Coruna in North West Spain, before being relocated to Scotland.

Dragados also added that the benefits of caisson use are several. This form of modular construction not only creates quay which can accommodate far heavier loads than conventional construction methods but, due to the units being hollow chambers, use considerably less concrete in their fabrication.

“We are very pleased to announce that the fist caisson has rolled off what is an incredibly large-scale and sophisticated production line in La Coruna. The benefits of this very modern form of construction are both operational and environmental, whilst the commencement of their fabrication marks another important milestone for the project,” the company said.

Once positioned within the new harbor, the units will be filled with a granular material, which will cause the units to sink into their prescribed locations on the harbor floor, locking them in place. Forms of open and closed quay construction will take place within the project until 2020. 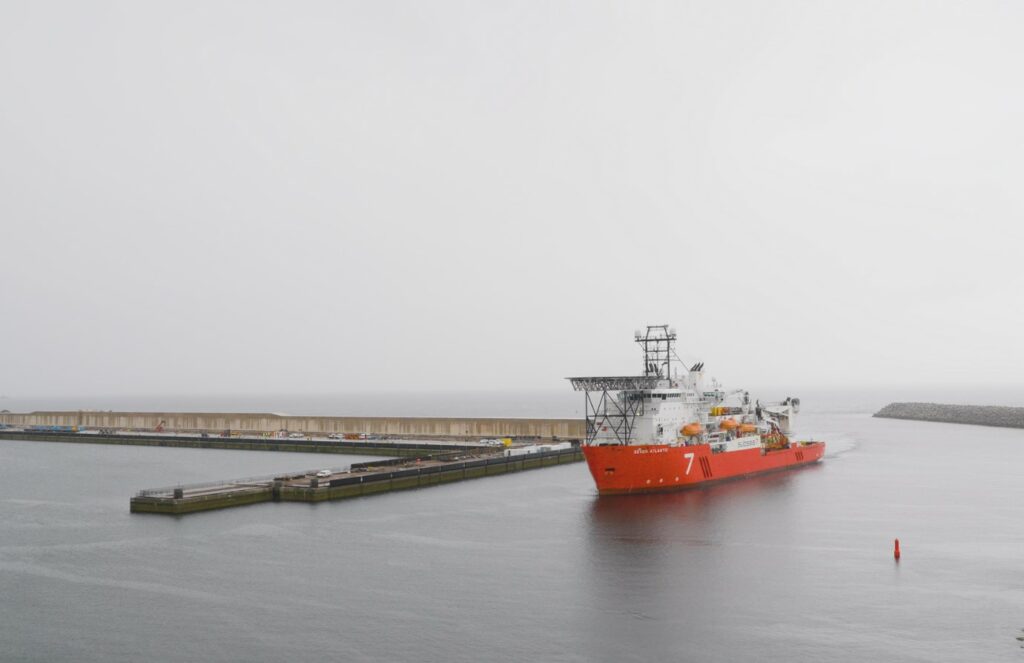