Permit and contracting issues are delaying dredging work planned for this spring and summer off the Keweenaw Peninsula that will help save Buffalo Reef from being covered by drifting stamp sands, the State of Michigan said in its latest release.

“While the Grand Traverse Harbor will likely be dredged this fall, the project may be delayed until next year,” said Steve Casey, Upper Peninsula district supervisor for the Michigan Department of Environmental Quality’s Water Resources Division. “In the meantime, we are evaluating alternatives for long-term protection of the reef and associated juvenile fish habitat.”

Last year, the Michigan Department of Natural Resources dredged 9,000 cubic yards of stamp sands out of the Grand Traverse Harbor channel to re-open the waterway for recreational and commercial boating.

In 2017, the EPA provided $3.1 million to the Army Corps to design and carry out dredging of the Buffalo Reef trough, a project which was scheduled to begin last month.

This project is expected to provide 5 to 7 years of protection for the reef, while a long-term solution for the stamp sands problem is developed.

The DNR was granted a permit from the Michigan Department of Environmental Quality, under the Great Lakes Submerged Lands Act (Part 325 of Michigan’s Natural Resources and Environmental Protection Act), to allow the Army Corps to remove these stamp sands from Lake Superior.

“Concerns involving real estate and dredging natural sands versus stamp sand from an underwater trough area have resulted in changes to the proposed project,” said Steven Check, a project manager with the U.S. Army Corps of Engineers in Detroit. “These concerns have required the reworking of bid documents and potential modifications to the DNR permit, which has resulted in unexpected delays.”

Check said that bid specifications for the project are anticipated to go out later this month, with a contractor awarded the project in late July or early August. Dredging would then be expected to start a couple of weeks later.

Officials are in the process of scheduling a public meeting, possibly for July, to gather input on the alternatives proposed for long-term protection of the reef and to update residents and others about the ongoing effort. 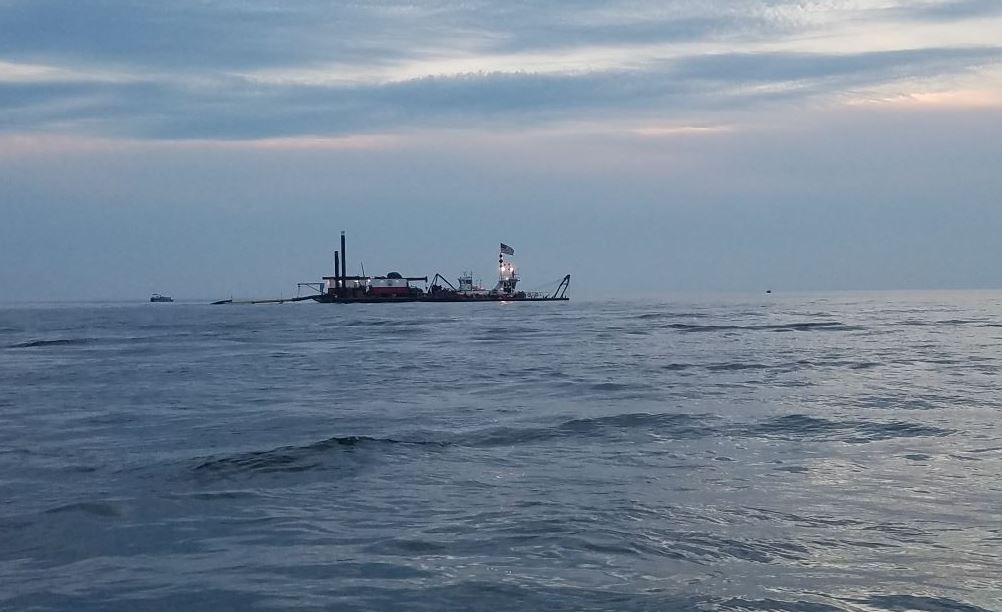