The U.S. Army Corps of Engineers, San Francisco District, recently awarded a contract to the Dutra Group of San Rafael, California, for the maintenance dredging of Oakland Harbor, located in Alameda County, California.

According to the FedBizOpps, the work includes maintenance dredging for the Oakland Inner and Outer Harbor federal navigation channel.

The project provides for annual maintenance dredging of the Inner and Outer Harbors to a depth of -50 feet Mean Lower Low Water (MLLW).

The Army Corps anticipates that during the 2018 dredging season, the contractor will remove approximately 950,000 cy of dredged material from an area in and around the harbor. For the project, the company will use one of its mechanical/clamshell dredges.

This is not the first time that Dutra team will be dredging in Oakland Harbor. In 2010, Dutra together with joint venture partners Manson performed 50% of the work to deepen the federal channels of the Oakland Harbor from -42’ to depths of over -50’. Over 6.5 million cubic yards of material was excavated by a combination of hydraulic and clamshell dredging. 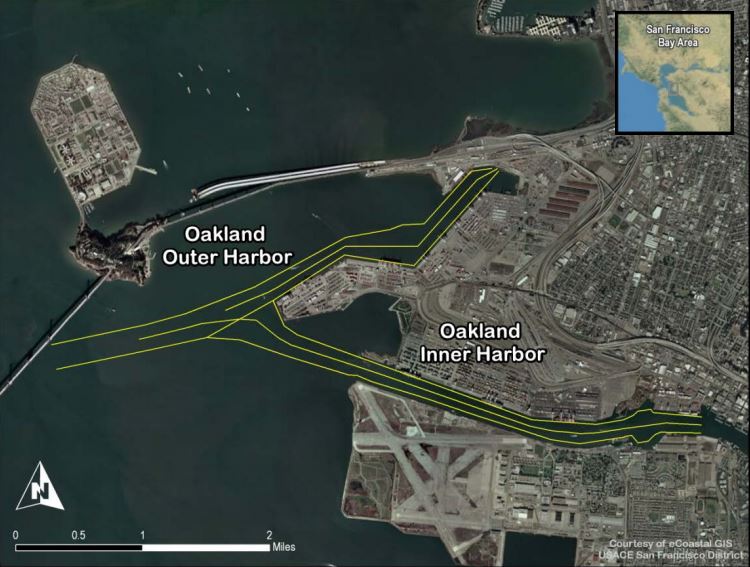