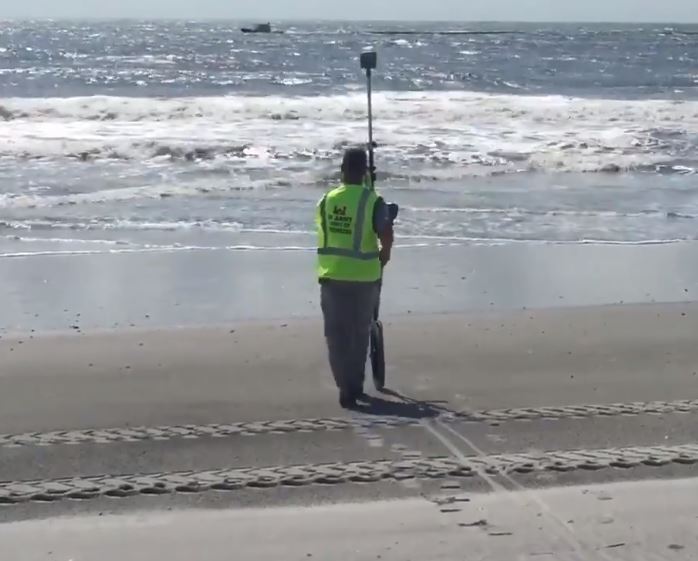 The U.S. Army Corps of Engineers, Charleston District, is conducting surveys of Myrtle Beach to determine if there was any sand loss or movement from the Florence.

In order to run the post-Hurricane survey of the Myrtle Beach Storm Damage Reduction project USACE decided to use the state-of-the-art RAMbLr (Rapid Assessment Mobile LiDAR).

According to the Corps, the RAMbLr is an ATV with a LiDAR (Light Detection and Ranging) system attached to it that allows USACE to survey the beach more efficiently and effectively.

Following the survey, in-house engineers will compare the topographic maps to see if Hurricane Florence washed away any sand from the Folly Beach Renourishment project.

“We hope to have the project going again at the beginning of next week,” the Corps announced.

This $34.8 million contract for the Myrtle Beach Storm Damage Reduction Project was awarded to Great Lakes Dredge and Dock Company, LLC. During the project, the contractor will pump approximately 1.4 million cubic yards of material on Myrtle, North Myrtle, Garden City and Surfside Beaches.