The proposed project includes the widening of the existing 15-foot deep Mean Lower Low Water (MLLW) West Bulkhead channel by 50 feet for a distance of approximately 700 feet and extending this same channel approximately 1,200 feet into the North Basin area at a width of 150 feet and a depth of 11 feet.

According to the Corps, approximately 23,700 cubic yards of sandy material will be removed from the improvement sections using a mechanical dredge with supporting split-hull scows. The sandy dredged material will be placed in nearshore waters off of the Matunuck shoreline in South Kingstown, RI, approximately three miles west of the harbor.

USACE also added that the dredged material will be placed in approximately 15 to 18 feet (MLLW) of water to allow the beneficial use of dredge material for beach nourishment. Construction will occur between Oct. 1 and Jan. 31 of any given year in which funding becomes available and is expected to take two to three weeks to complete. 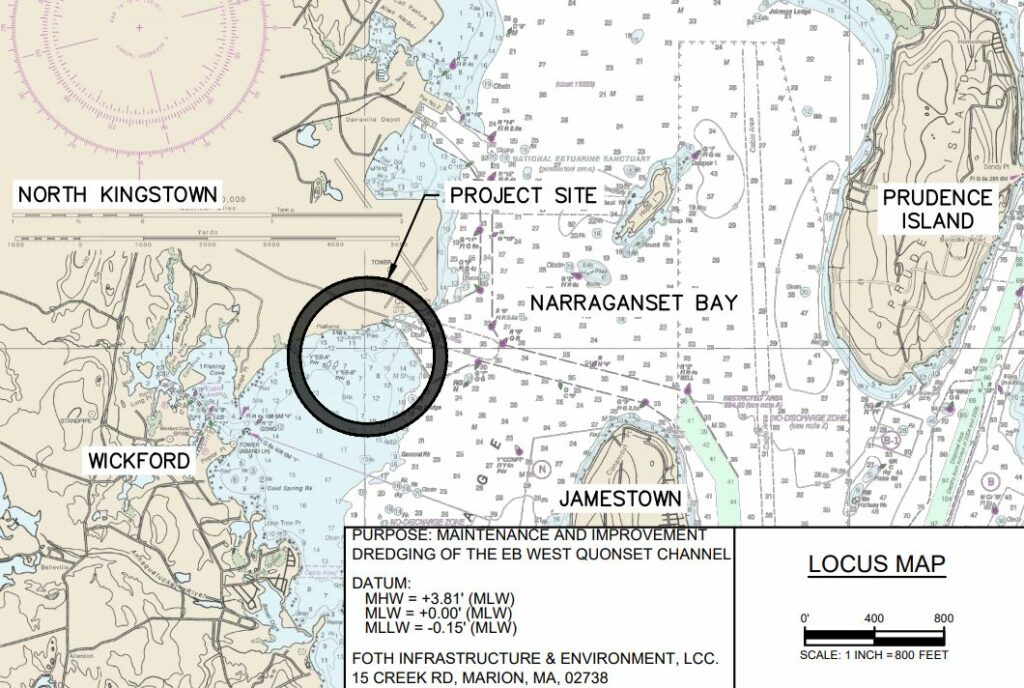