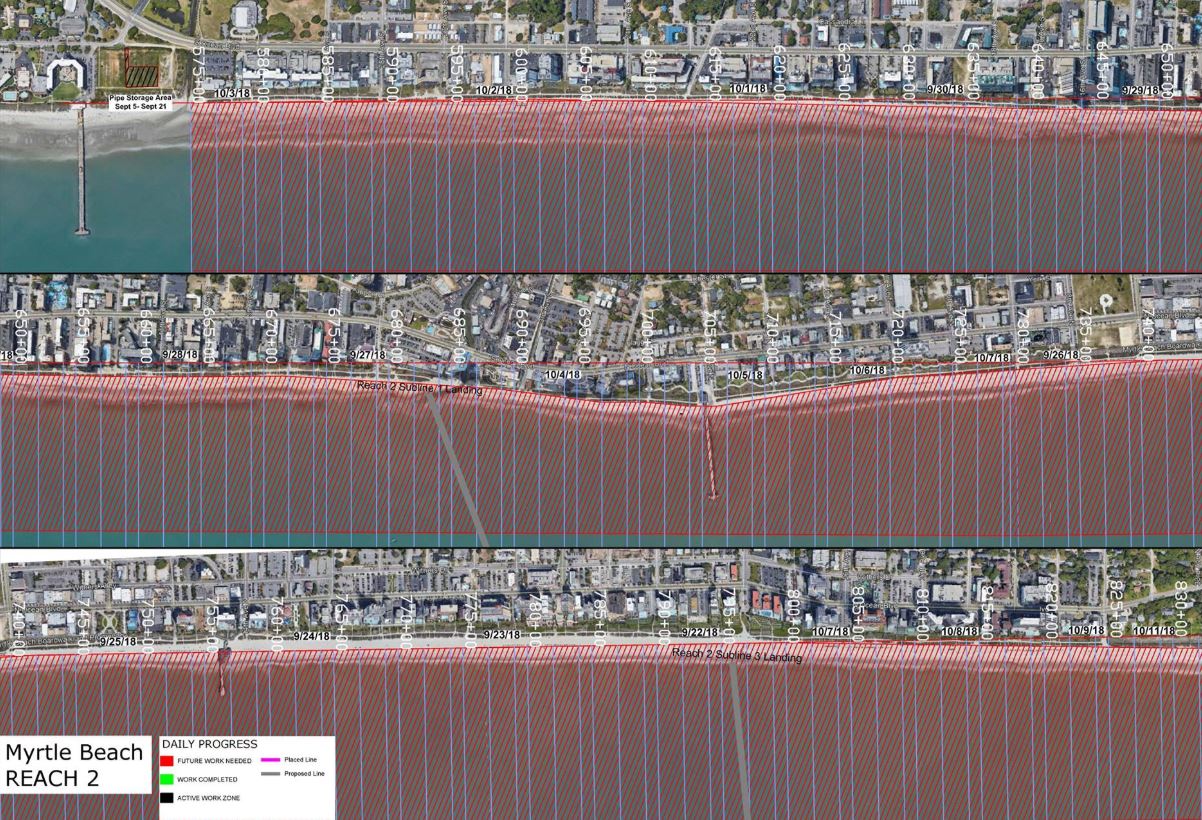 Following the Hurricane Florence, both the Army Corps and Great Lake Dredge and Dock performed the pre-condition surveys of the beach, delaying the whole project by about 10 days.

On Saturday afternoon, GLDD was pumping and moving sand at 24th Avenue North. The plan is now to work from the south end to the north end, with pipes going in at Withers Swash and heading down to 29th Avenue South, where the sand will first appear, the city reports.

The deadline for completing the works is no later than December 15.