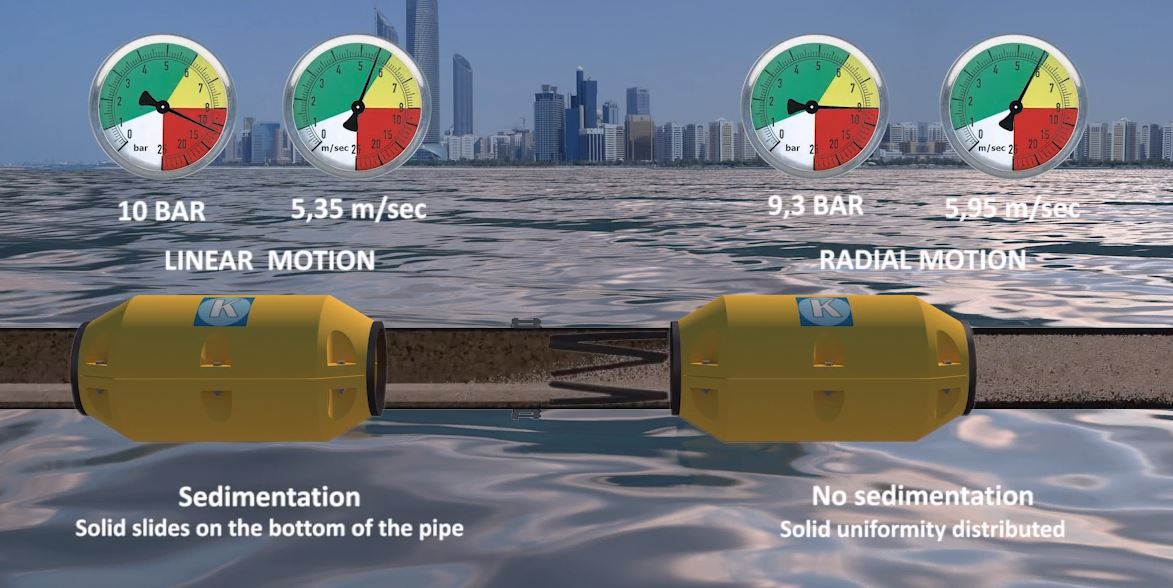 Back in 2008, Kiasma Group introduced the KFC System into the HDPE discharge pipes market, developed especially for the dredging sector.

According to this Italian manufacturer of HDPE pipes, floats and systems specialized for the dredging sector, these pipes have been used in the shipyards in Latin America, Europe, Africa, Middle East and India through the last 10 years. 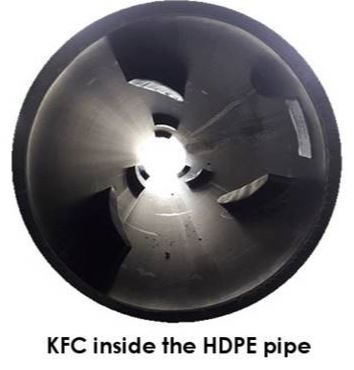 With the KFC System, the entire inner surface of the pipe is subjected to a uniform abrasion, with evident benefit of the pipe life-time, Kiasma said.

Furthermore, it is not longer necessary to use labor force to rotate the pipe, which usually occurs during the dredging operations.

Setting an initial mixture speed of V=4m/s and assuming a percentage of mixture from 10% to 30% that in a steel pipe tends to deposit reducing the pipe surface, there is an increase of speed from 4.2 to 5.2 m/s.

When analyzing two pipes with the same diameters, it is showed that in a steel pipe with a linear mixture flow and with an average sedimentation of 20%, the pressure loss is 33% higher than in the same diameter pipe within Kiasma KFC System.