The Office of Public Works (OPW) will provide €456,000 to fund interim emergency coastal erosion measures in Portrane, set to begin this week, said Fingal County Council in its latest release.

The funding towards the installation of 380 ‘Seabee’ reinforced concrete units along the beach above the Mean High Water Level has been announced by Minister for the Office of Public Works (OPW) and Flood Relief, Kevin ‘Boxer’ Moran.

Minister Moran paid a visit to the affected area in The Burrow last Thursday, where he met members of the Fingal Coastal Liaison Group, council officials and elected representatives.

The “SeaBees” are designed to reduce the force of waves impacting the coastline during stormy conditions.

Three lines of “SeaBee” units will be placed along a 270m stretch, about 15m from the face of the sand dunes. The five-tonne reinforced concrete blocks, which are approximately 1.4m high and 1.7m wide, will be filled with stone to prevent movement and for public safety reasons, the council stated.

Funding for the temporary interim emergency measures, which are due to get underway in the following days, has been approved under the Office of Public Works (OPW) Minor Flood Mitigation Works and Coastal Protection Scheme. 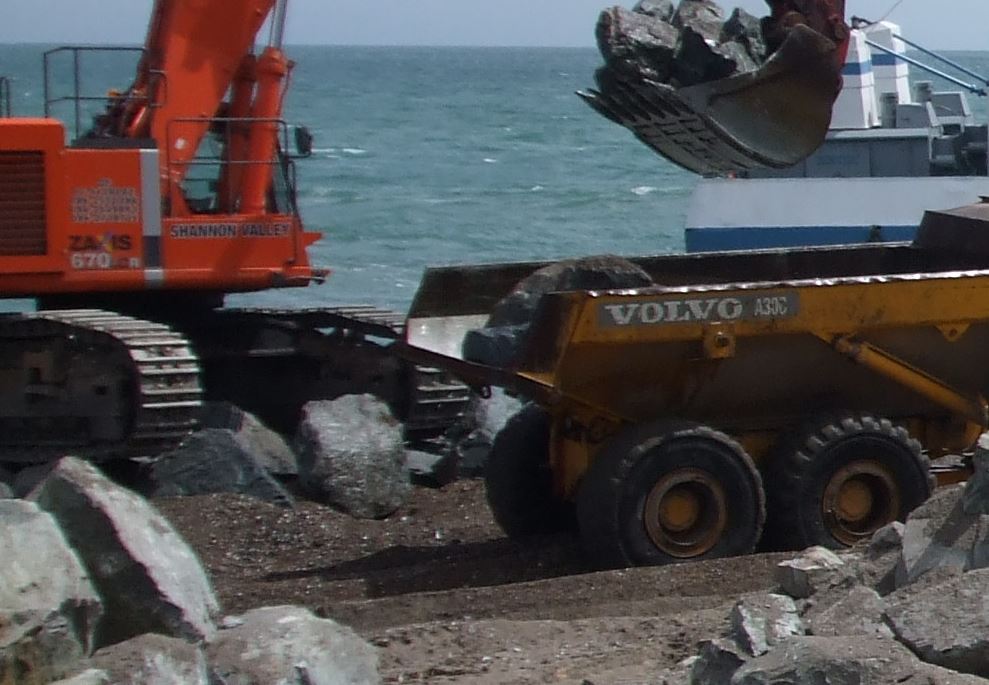