The City of Sarasota (FL) announced yesterday that the crews have begun staging equipment at Lido Beach in preparation for an emergency renourishment project that is scheduled to begin as early as this weekend.

The contractor for the City’s short-term project, Coastal Dredging Corp., will spend the next few days laying pipe and bringing in equipment, with the renourishment work to follow, the City announced.

The emergency renourishment project will take approximately 90 days to complete, weather depending. The main aim of the project is to address the critical erosion of Lido Beach by replacing sand that was lost during Tropical Storm Hermine (2016), Hurricane Irma (2017) and subsequent storms and tidal action.

As part of the short-term project, approximately 185,000 cubic yards of sand from New Pass will be utilized to renourish Lido, restoring the shoreline and dunes and protecting public property and infrastructure, including the Lido concession, pavilion, public restrooms and swimming pool.

The project cost of $3.9 million is being shared by the City of Sarasota, Sarasota County, the state and the Federal Emergency Management Agency (FEMA); the City’s funding portion is approximately $600,000.

The City and the U.S. Army Corps of Engineers are also proceeding with a larger, long-term renourishment of Lido Beach that would regularly recycle additional sand from Big Pass over a 50-year period as needed. That project is expected to begin in the fall of 2019, pending ongoing legal challenges. 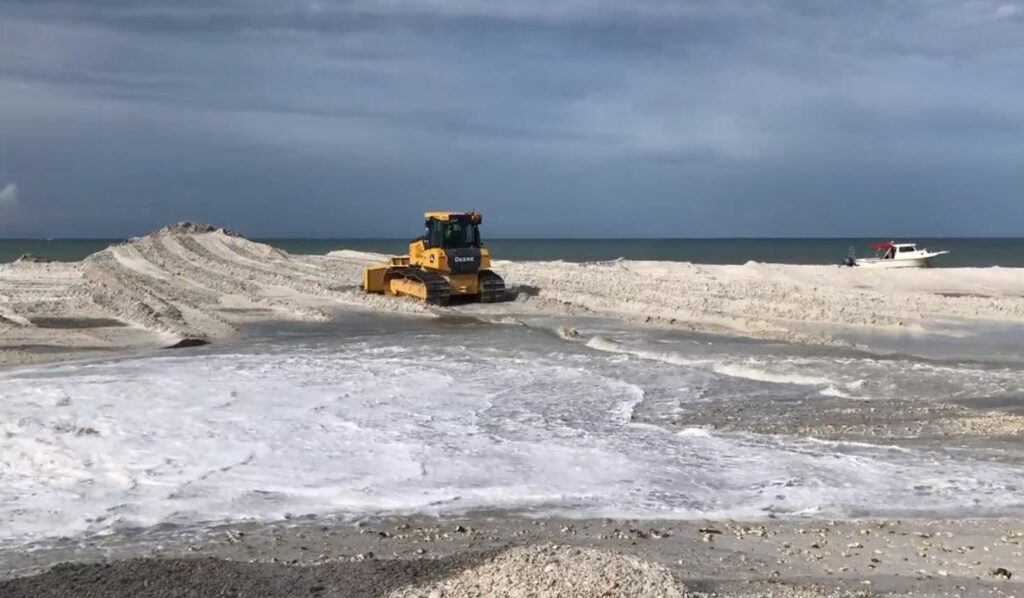