The U.S. Army Corps of Engineers’ Mobile District christened the Survey Vessel Damrell in a ceremony November 8, 2018 at the Cooper Riverside Park Amphitheater in Mobile, Ala.

Dr. Brooke Henderson, who is a major in the U.S. Army Reserve and the great-great granddaughter of Damrell, was the one chosen to christen the vessel. Henderson said it was a great honor to her grandfather’s vision.

“They called the Mobile Harbor ‘Damrell’s Ditch’ and laughed at him,” Henderson said of the current Mobile Harbor. “He was ahead of his time. I’m so excited and thrilled to be a part of this ceremony. It is a huge honor and a nice tribute to a visionary.”

The vessel is named after Col. Andrew N. Damrell, who was the first, and longest serving, District Engineer, serving from 1873-1895.

Under his command, Damrell was responsible for the development of Mobile Harbor and the current Mobile Ship Channel. He was also responsible for the construction of the 17 locks and dams along the Black Warrior Tombigbee Waterway extending commercial navigation to the Tuscaloosa and Birmingham areas.

Damrell was also a strong advocate on the Engineering Board, approving navigation improvements in Mobile which lead to the current alignment of the Mobile Ship Channel. 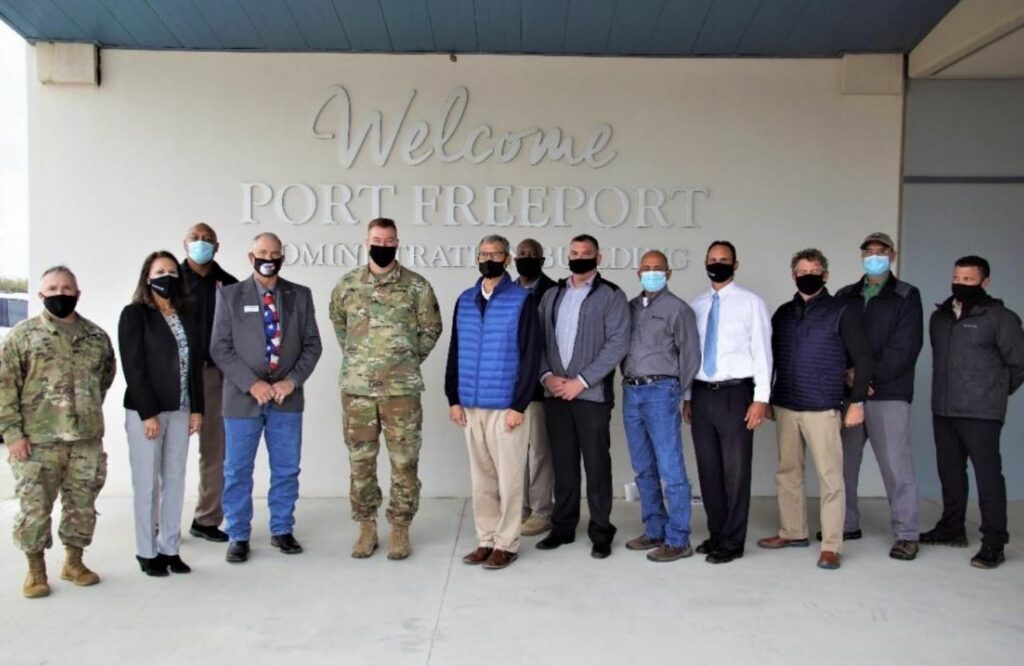