A public lecture, led by Captain Iain Greenlees, focusing on the preparation for the arrival of HMS Queen Elizabeth, will take place next month at the University of Portsmouth.

Captain Greenlees and his team will present the story of the scientific analysis and preparation for and delivery of the major capital dredge, which saw more than 3 million tonnes of seabed dredged in preparation for HMS Queen Elizabeth.

The team will also reveal some of the geological and archaeological artefacts they uncovered during the dredging the Royal Navy’s largest warship, the university said in their announcement.

The event will take place next week on Wednesday, 5th December, 2018, at 6pm in Richmond Building, Portland Street, Portsmouth.

Over the duration of the project, conducted by Boskalis, a number of interesting issues had to be dealt with including the discovery of unexploded bombs, a human skull, cannons and anchors.

The bombs dated from the Second World War, when the city was a target of German bombing, but many of the archaeological finds were much older dating back centuries. 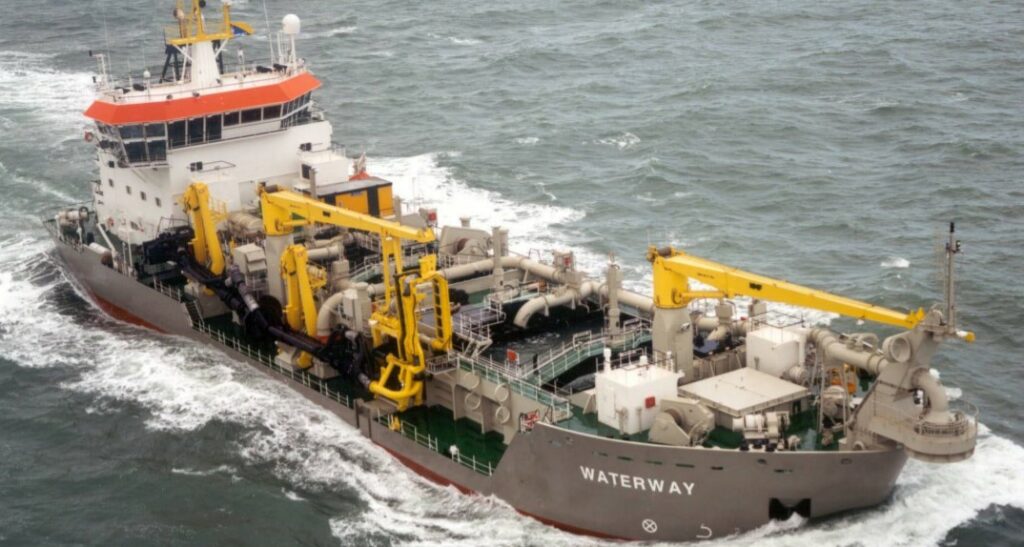