Construction works on the Tipner Lake coastal defense scheme have been paused now, according to the Eastern Solent Coastal Partnership (ESCP).

According to the ESCP, construction is paused so that the works do not disturb the birds who migrate to the lake for the winter.

Work in the northern section of the scheme will recommence in April 2019 and is expected to be complete and re-opened to public in late summer 2019.

Until then, a diversion will be in place at the end of the southern section back to Northern Parade whilst construction work continues.

“The southern section of the coastal path at the Tipner Lake, between the Mountbatten Centre and Horsea Lane allotments, has reopened,” the ESCP said. “Hilsea Lido, Blue Lagoon, South Coast Wakepark and the children’s playground remain open as usual. We appreciate your patience as we enter the final stretch of this major construction project.”

The Tipner Lake coastal defense scheme is part of a five-phase project to help protect the whole of North Portsea Island from coastal flooding for the next century. In total, these phases cover 8.4km of coastline which will help to protect 4,500 homes, 500 businesses and important infrastructure.

The scheme has been split into five phases of works, with phases 1 (Anchorage Park) and 2 (Milton Common) already complete. Phase 3 (Tipner Lake) is due for full completion in late summer 2019. This will be followed by Phase 4 (Kendall’s Wharf & Eastern Road) and Phase 5 (Ports Creek). 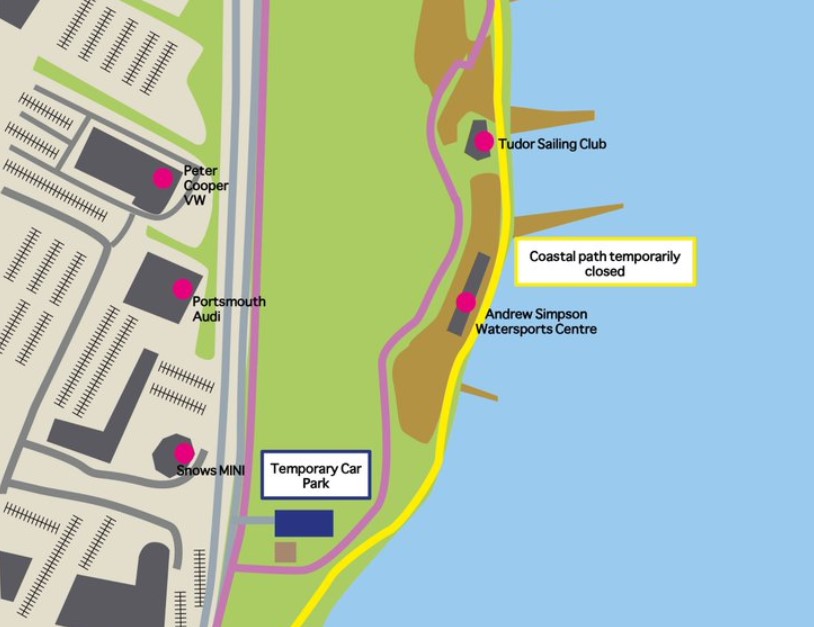