Herman to Expand Its Fleet with New Damen Shoalbuster

A contract between Damen Shipyards Hardinxveld (DSHa) and Herman Sr. BV for the building of the first diesel-electric Damen Shoalbuster 3514 SD DP2 was inked on January 25, 2019.

According to Damen, “the Shoalbuster 3514 SD (shallow draft) DP2 (dynamic positioning 2) will be the first of a new Shoalbuster class and one of the largest and most sophisticated in the range, being also IMO Tier 3 compliant.”

The Shoalbuster 3514 will be a substantial and versatile working platform, measuring 35 meters in length, nearly 14 meters wide and with a free deck space of 150m².

With a draught of 2.70 meters at full tank capacity and just 2.40 meters at 50% she will be able to access waters inaccessible to other vessels of a similar size and capability. Four Caterpillar C32 ACERT engines will deliver a total of 3,876 bkW (5,280 hp) to four 1900mm nozzles, an arrangement that contributes significantly to her shallow-waters capability.

With 60 tonnes of bollard pull she will also be a powerful and effective towage asset.

Among the many other roles which the Brutus will be capable of taking on are dredging support, PLGR operations, ROV surveys via a 600 x 800mm moonpool, mattress installations, UXO clearance, mooring, pushing, ocean-going towage and general offshore supply vessel duties.

The new vessel is scheduled for delivery by the first half of 2020 and will be named Brutus. 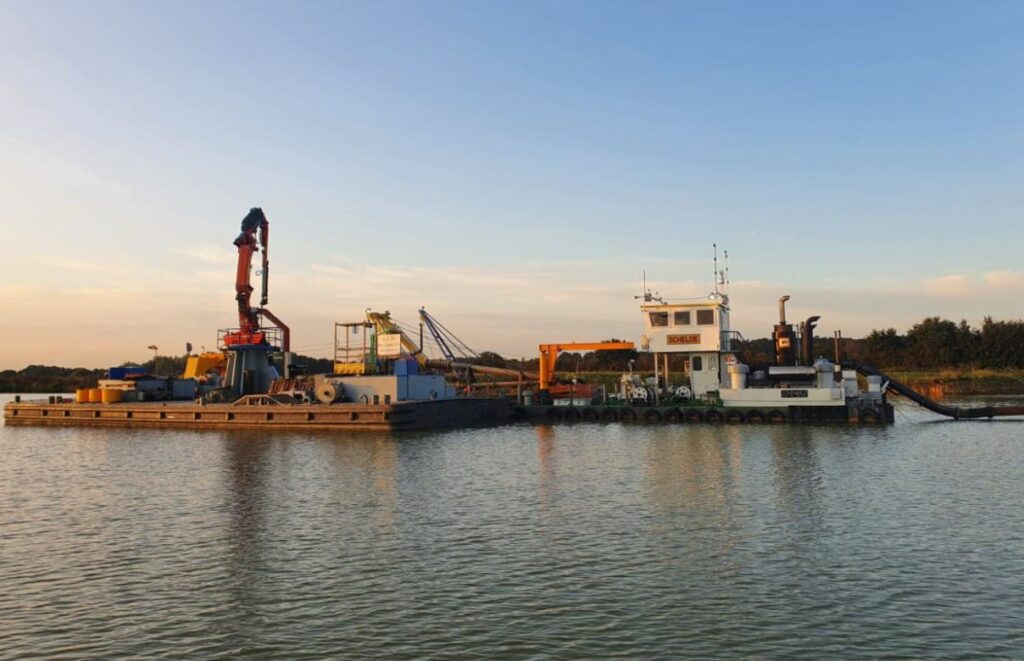