The Abu Dhabi based National Marine Dredging Company (NMDC) and Royal IHC from the Netherlands have signed a contract for a new twin screw 8000m³ trailing suction hopper dredger (TSHD).

The new custom built TSHD will be specially designed to work in high ambient temperature with a dredging depth up to 45 meters.

According to an official NMDC announcement, the dredger will join their fleet during the next year.

Earlier this year, NMDC inked a contract with Ravestein B.V., also from the Netherlands, for design, construction, commissioning, trial and delivering of new backhoe dredger. 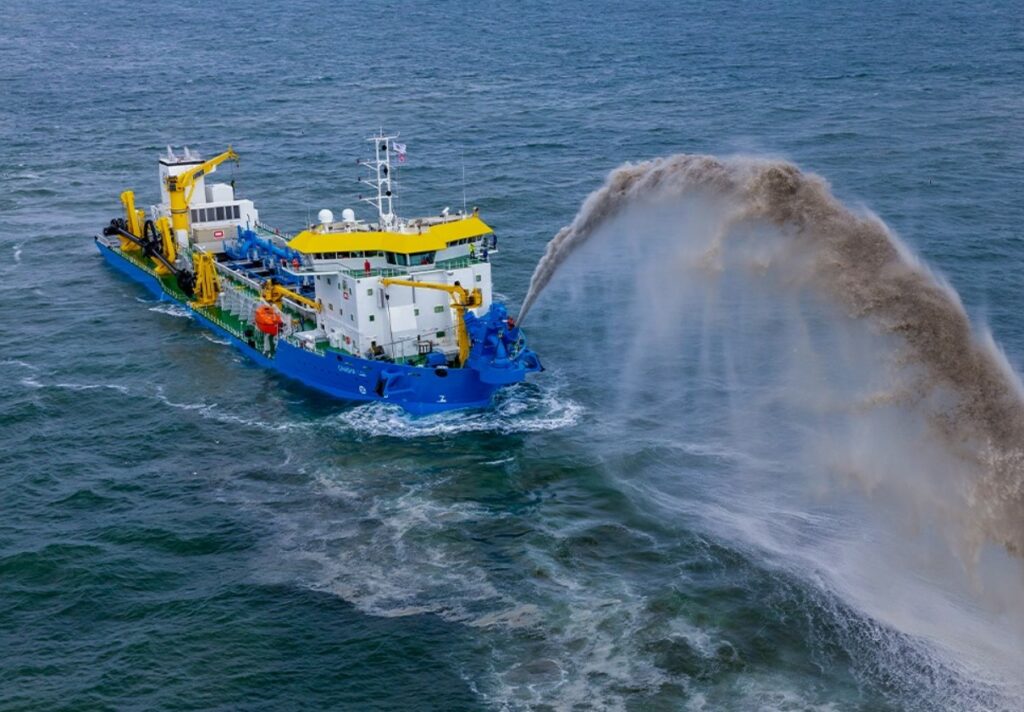