West Bay, on Dorset’s Jurassic Coast World Heritage Site, had been eroding rapidly, but SeaRock’s delivery of 36,000 tonnes – with each individual stone weighing between 0.3 and 10 tonnes – will halt the damage.

The armor stone derived from Aggregate Industries’ renowned super-quarry in Glensanda, Scotland, where it was loaded onto a waiting vessel – the Mobile Pearl – in full.

From there, the SeaRock operational team, with over 100 years’ experience joined forces  with its marine partner, Holyhead Towing, which provided specialized shallow drafted tugs.

The result was efficient delivery of between 1,200 and 1,800 tonnes per tide – from ship to shore. 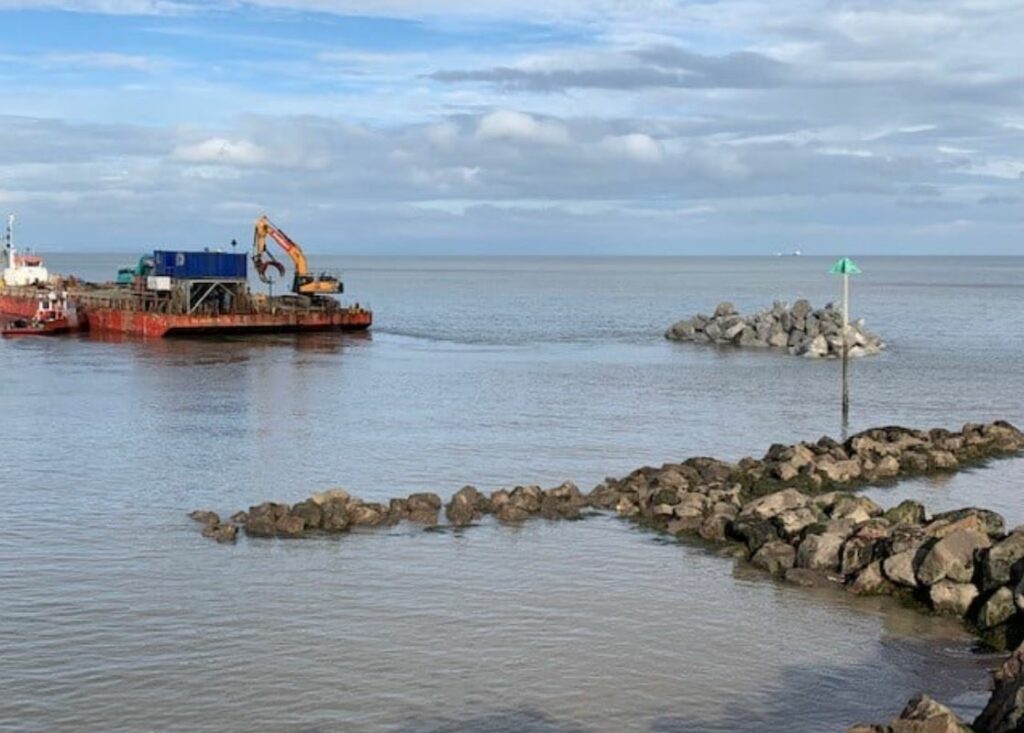