Dredging Today brings you an overview of the most popular stories from the past week (August 19 – 25, 2019).

North Norfolk District Council has just announced that the last load of sand for the Bacton to Walcott Sandscaping project was pumped at Walcott Sunday, 18 August.

Norfolk Dredging Co., Chesapeake, Virginia, has won a $124,460,600 firm-fixed-price contract for the next phase of the Charleston harbor dredging project.

Alewijnse Marine has won the contract for the supply of a new alarm and monitoring system (AMS) on board DEME’s 17,000 m³ trailing suction hopper dredger (TSHD) Nile River.

Vale, a global mining company headquartered in Brazil, has started dredging the tailings from Paraopeba River, which was affected by the breach of B1 dam.

Port of Kalama Dredging About to Begin

The Port of Kalama will begin its annual maintenance dredging at the TEMCO grain elevator berth on September 1st. 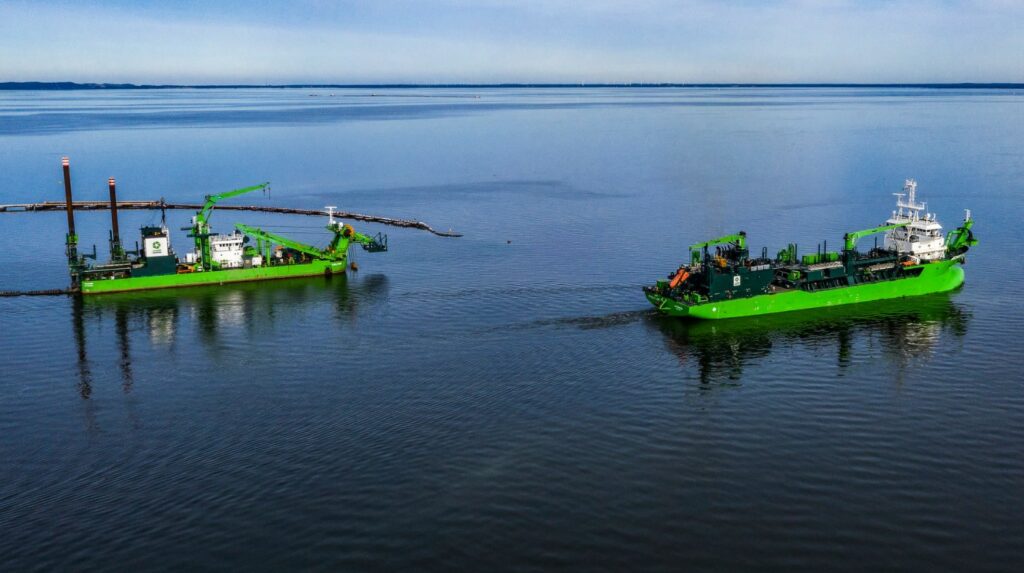