In the course of the deepening of the Elbe fairway, around 1,200,000 tons of underwater construction stones were built into the “Medemrinne” and “Neufelder Sand” underwater deposit areas (UDAs) between March and October.

The stone mixture was required for the completion of respective central dams within the UDAs in the Elbe estuary funnel so that the sediment quantities excavated later could be stored there and not washed back into the Elbe or the North Sea.

Furthermore, the knowledge of the extensive specifications, the quality requirements of the rock as well as the nautical-technical experience were of major importance for the assessment of the realization.

The Hansakai site in Cuxhaven, which has proven its worth for more than 70 years, was used as the construction site base port, as it is very well suited for the assembly and disassembly of waterway construction vessels with the new 50 meter wide RoRo heavy-duty ramp and the established and versatile port handling equipment.

This project segment of the Elbe dredging was successfully completed at the end of September.

According to the Federal Ministry of Transport and Digital Infrastructure, the extension of the fairway should be completed by mid-2021. 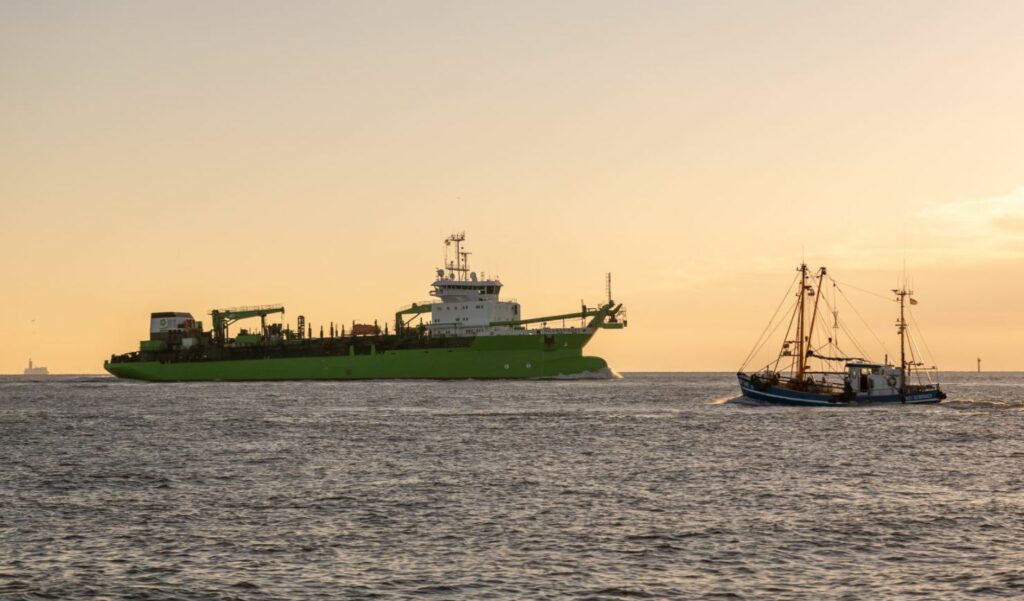