Royal IHC, a supplier of equipment, vessels and services for the offshore, dredging and wet mining markets, has just released another update from the reservoir dredging pilot scheme in India.

According to their official announcement, “with the arrival of all IHC equipment and the work boat on site of our reservoir dredging pilot in India, the equipment was ready to be launched.”

Under the attention of a lot of local people, the pontoon was successfully positioned in the Yamuna River.

“Subsequently we commissioned the pontoon and prepared the TT-pump for the first pump tests, together with Rock & Reef. Furthermore, the floating pipeline was extended to reach the desired dredging spots,” said Royal IHC in their latest update. 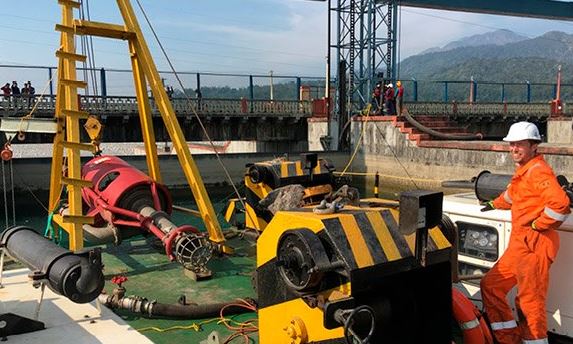