According to the update, the dredge Liberty Island has been the only dredge on site since the project started on February 8th.

“The week of March 16th is going to be very active in the water and on the beach with both dredges scheduled to pump off the same line. Please remember the active area of pumping/nourishment is a construction zone and respect all warning signs and flagging to this effect,” the Shore Protection Office added.

The Ellis Island – one the largest hopper dredges in the United States with a maximum capacity of 14,800 cubic yards – will remain onsite for the remainder of the project. 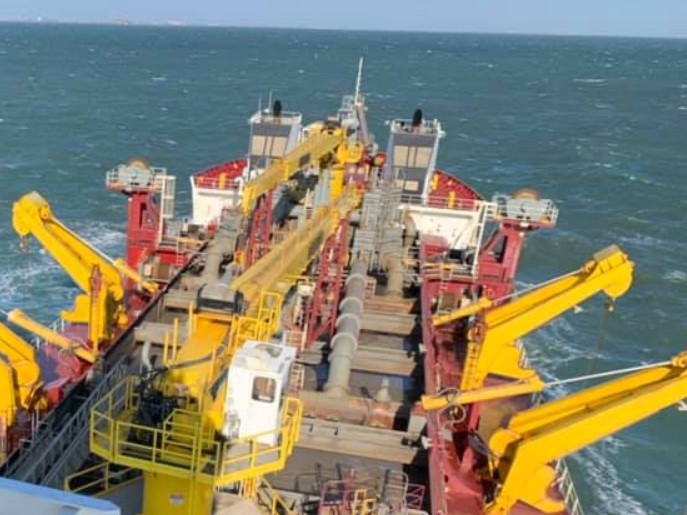