New Vessel Handed Over to the Azovo-Chernomorsky Basin Branch

One of the latest additions to the FSUE Rosmorport fleet – the self-propelled hopper barge of project HB 900 named Rabochaya has been handed over to the company’s Azovo-Chernomorsky Basin Branch (ACBB).

According to the company, the hopper barge was used earlier by the North-Western Basin Branch.

The Rabochaya – built by Onezhsky Shipbuilding and Ship-Repairing Plant – is designed for transporting soil to an unloading place while carrying out dredging operations.

“This is the single-deck vessel with the module aft superstructure. The hopper is equipped with the bottom opening system. Two main engines are placed on the open deck in the after part of the ship with protecting covers that operatively allows for servicing them and the aggregate replacement of mechanisms,” the company added in the release.

Rosmorport also added that two pod drives with a possibility to regulate a propeller’s penetration are placed outside the hull and makes it possible to raise the propeller from the water for maintenance and repair afloat without docking the vessel.

The Azovo-Chernomorsky Basin Branch is planning to use the hopper barge jointly with the Redut non-propelled single scoop-bucket dredger to carry out dredging operations in the water areas of the seaports of Kavkaz and Temryuk. 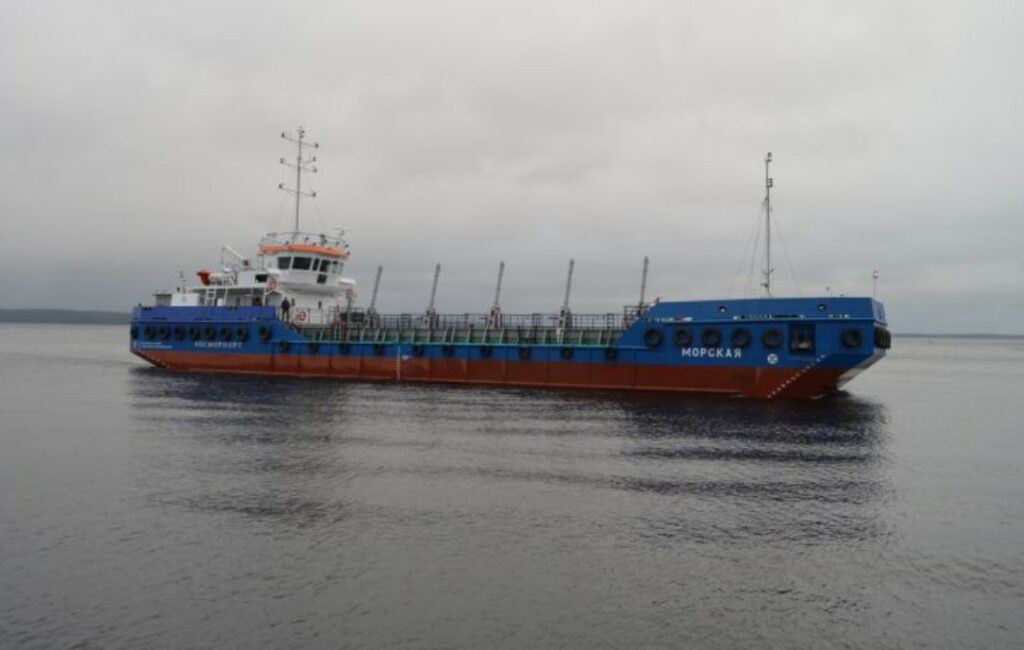