As scheduled one the largest hopper dredges in the United States, the Ellis Island has arrived in Carteret County and is now pumping sand on to the Pine Knoll Shores.

The officials also said that the dredge Liberty Island has been working seamlessly in the interim, and is scheduled to depart later today (March 23) with the Ellis Island remaining for the duration of the project.

To this end, Great Lakes Dredge & Dock has three submerged pipeline assemblies on-site. Two are now “active”, the other is basically “inactive” for now but has been sunk in west Emerald Isle.

Scheduling wise (mechanical and weather dependent) – the first week of April could see Pine Knoll Shores completed and the Salter Path reach started and nearly complete as well. The second week in April through the third week of April includes the start and completion of West Emerald Isle, the county added in the update. 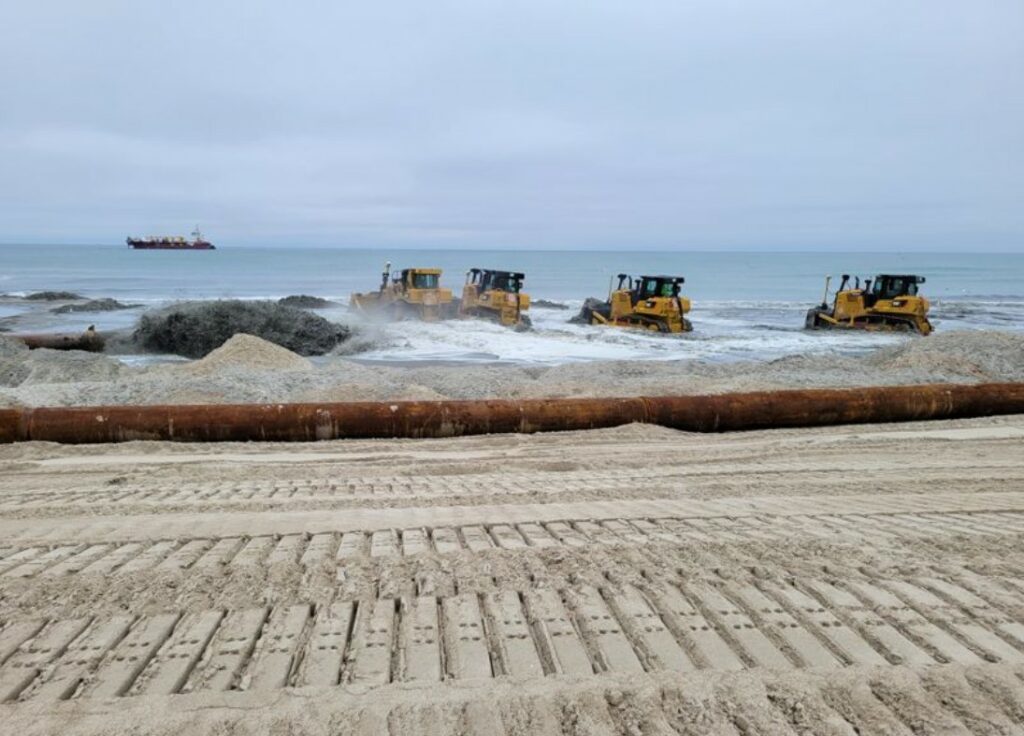