This season, good fortune shone on Brennan’s Environmental group as they procured a winter river restoration project in Rhode Island.

“The general scope for this project remained along the lines of past work, where we restore river depths to facilitate and improve water quality, fish migration, but this one came with a twist; its footprint was tightly nestled within the low bridges and bustling infrastructure of Waterplace Park in downtown Providence, RI,” said the company in their latest announcement.

Brennan crew began mobilizing personnel and equipment to the project site during early November. By Thanksgiving, the crew had assembled a high-speed dewatering system some two miles away, moved the dredge Grand Calumet through and under a ridiculous amount of low-clearance bridge spans.

A dedicated 12-member team worked diligently 24/7 from this point forward, focused on removing sand and debris from Waterplace Park beginning in the upstream extents progressing down. 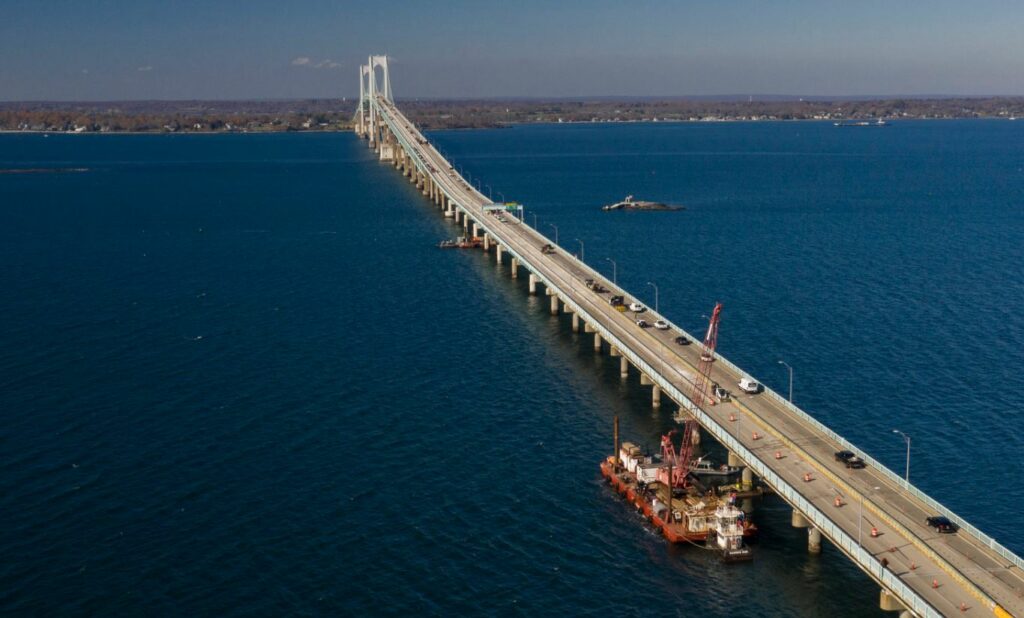