Baars Charter BV – a company specialized in the rental and sale of modular pontoons, dredging containers, split and hopper barges – recently supplied one of its pontoons for the IJmuiden Sea Lock Project in the Netherlands.

According to the company, this large 17 x 36 meter modular container pontoon will be used for the realization of the new sea lock in IJmuiden.

The client, Combinatie Baggerij with van Oord and Boskalis, rents the pontoon for a longer period of time, including bow container, winch spud system and wooden mattresses, the company announced.

During this period, the pontoon will have 3 functions. 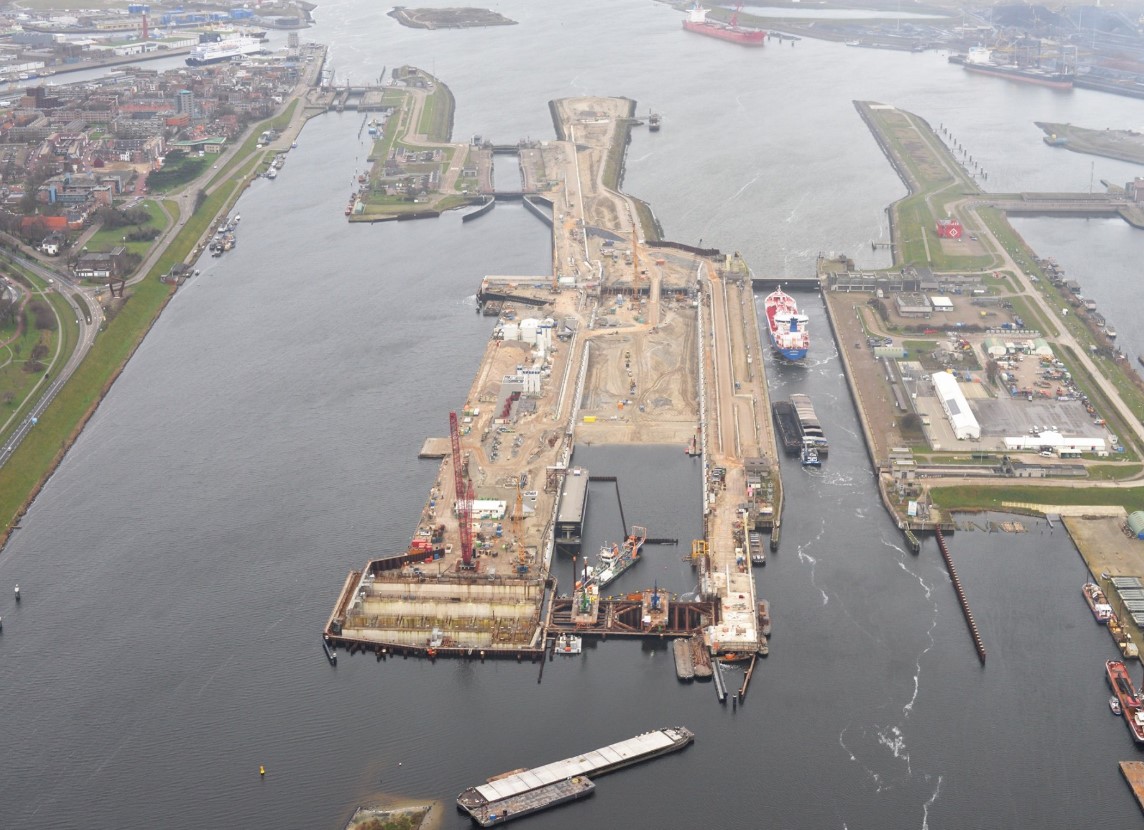