A Damen CSD500 has been working on the Basra Gateway Terminal in Iraq continuously since it was delivered early 2018.

The stationary dredger started on the creation of two additional container berths with a depth of -14 m along quay. These berths were completed in 2019 offering the Iraqi port increased capacity for dry cargo including containers, general cargo ro-ro and dry bulk traffic.

Since delivery, the cutter suction dredger has been in operation 24/7.

The dredger has done both maintenance dredging of the existing berths and the capital dredging works of the port extension.

Upon project completion, the Damen CSD500 will have dredged 1.4 million cubic meters of soil including tough clay. All dredged material was pumped to a spoil field, requiring a delivery distance of 900 meters at an elevation of 11 meters. 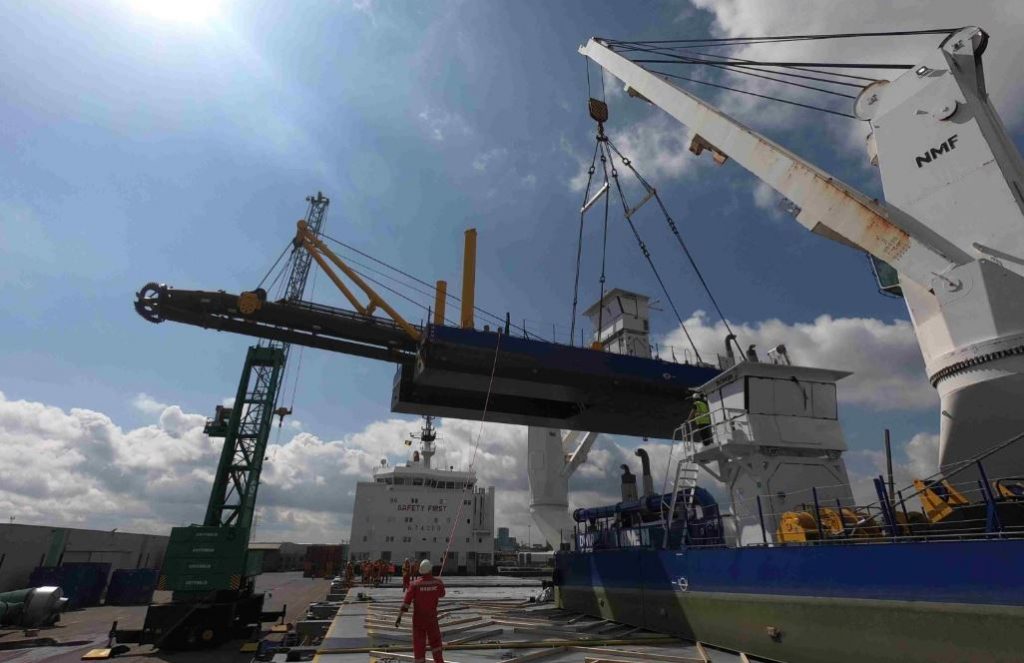