DSC Dredge, a Louisiana based company involved in customized dredging solutions, announced last week that their first Sharkuda is now in operation and the building of its second Sharkuda underway.

The Sharkuda Dredge Class is designed to excel in areas otherwise difficult to access; it incorporates two newly patented technologies: the new walking carriages which allow the dredge to continually move forward without anchors for continuous, uninterrupted production; and the new swinging ladder which allows for wide deep swings to operate more efficiently than any other conventional dredge on the market, said DSC.

According to DSC’s Director of Domestic Dredge Sales, Charles Johnson, “the Sharkuda now changes the game with respect to hydraulic dredging. By successfully combining designs of both conventional and swinging ladder dredges, and adding the seamless movement of our patented new technology, the gliding spud carriage, DSC has created the most efficient dredge in the world.”

“The Sharkuda offers a wider cut width than a comparable conventional dredge of its class, it removes the loss production time caused by the repositioning of anchors, and its seamless advance is faster than both conventional and swinging ladder dredges of any kind.”

Available with diesel or electric power, the Sharkuda can reach dredging depths down to 43 feet (13.1 m). Standard discharge sizes range from 12 inches (300 mm) to 18 inches (450 mm), said the company. 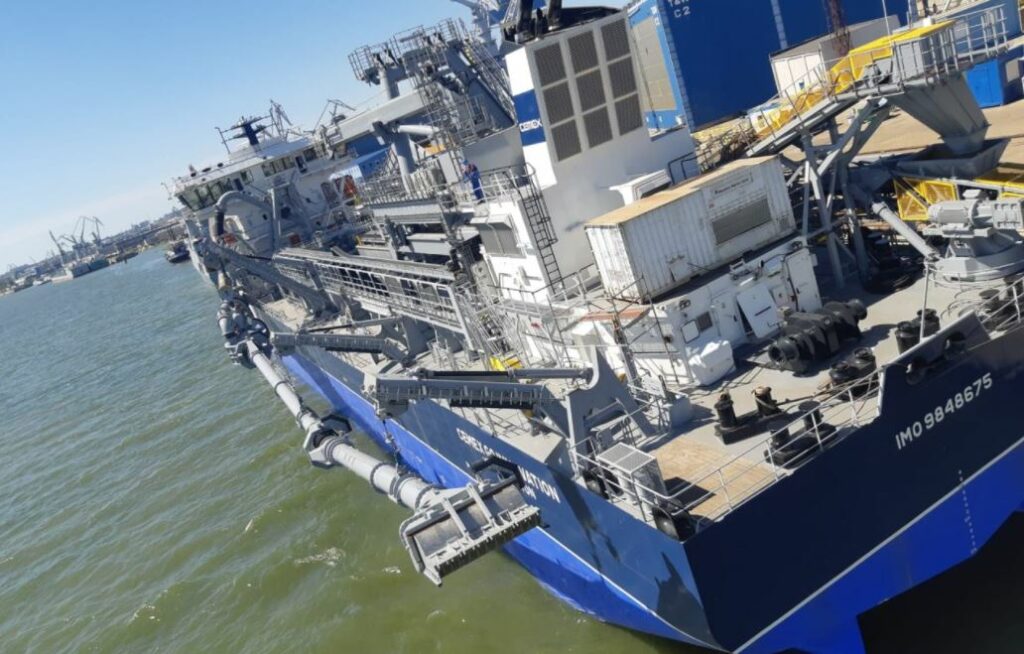