Fountain Lake project moves to the next stage

With dredging completed in Edgewater Bay, J.F. Brennan Company, Inc. is already preparing for the next phase of the Fountain Lake restoration project.

According to the Shell Rock River Watershed District (SRRWD), in the coming weeks, the contractor will begin dredging the Main Bay and Dane’s Bay by rerouting the discharge pipeline through Bancroft Bay.

So far, J.F. Brennan has removed around 708,000 cubic yards of sediment out of the Edgewater Bay.

Yesterday, a crane removed the dredge from Edgewater Bay and today the dredge will be placed it into the Main Bay, SRRWD announced.

They also added that a second smaller dredge will be craned into Dane’s Bay on June 17th.

After the second phase of dredging, the third and final phase will complete the Fountain Lake restoration project. 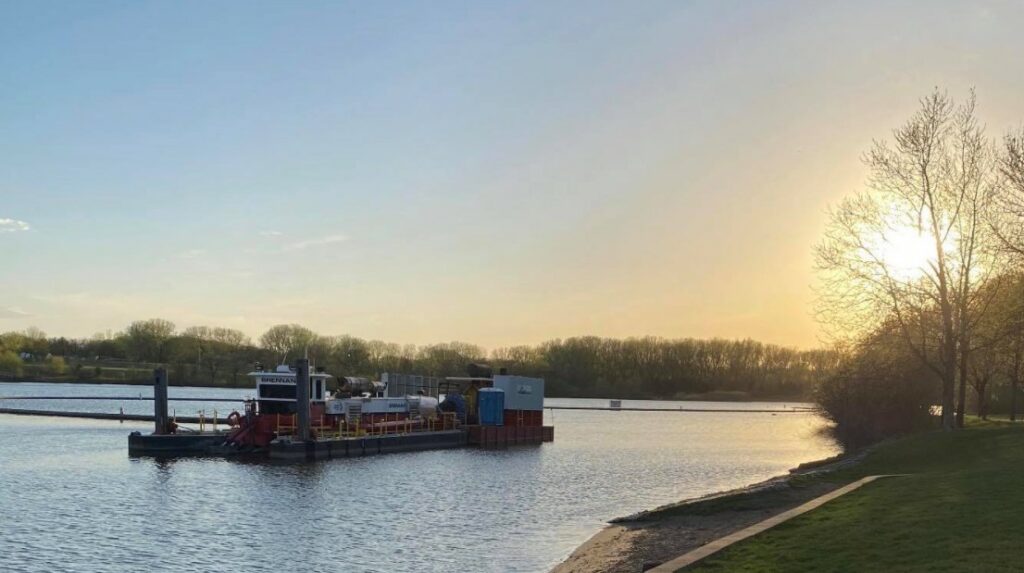