The beaches from 39th Street to JFK Boulevard are closed today for dredging, the City of Sea Isle reports.

According to the Army Corps’ Philadelphia District, hopper dredge Liberty Island is conducting dredging and beachfill operations in the area.

In the latest update, USACE said that for northern Sea Isle City, beachfill began on June 30th with a pipe landing made near 40th Street. Work proceeded north to around 28th Street and was completed on July 7th.

Then, the contractor flipped from the pipe landing at 40th Street and began proceeding south. Work will continue to around 53rd Street, added the Army Corps.

Most of the work involves widening the beach. However in some areas, dunes, beach access points, and sand fencing will also be repaired.

This summer, the contractor will complete work in Northern Ocean City and Sea Isle City. 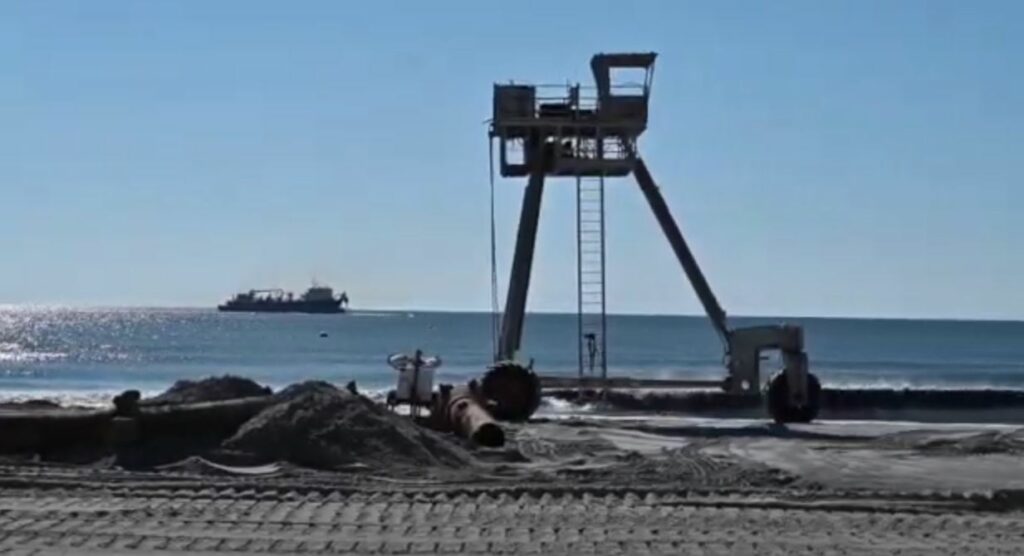