With immediate effect and for a period of approximately six months, dredging operations will be carried out in an area off West Coast of Lamma Island, the Government of the Hong Kong Special Administrative Region (HKSAR) – Marine Department reports.

The works will be carried out by a flotilla of vessels including two grab dredgers, two tugboats and two split hopper barges.

The number of vessels engaged in the works will change from time to time to suit operational requirements.

According to HKSAR, a working area of approximately 50 metres around each dredger will be established. Yellow marker buoys fitted with yellow flashing lights will be laid to mark the positions of the anchors extending from each dredger.

Silt curtains fitted with yellow flashing lights will be established within the works area. The silt curtain is a large piece of netting used to contain mud and sediments, said HKSAR.

The works will be carried out round-the-clock and the vessels engaged in the operations will display signals as prescribed in international and local regulations. 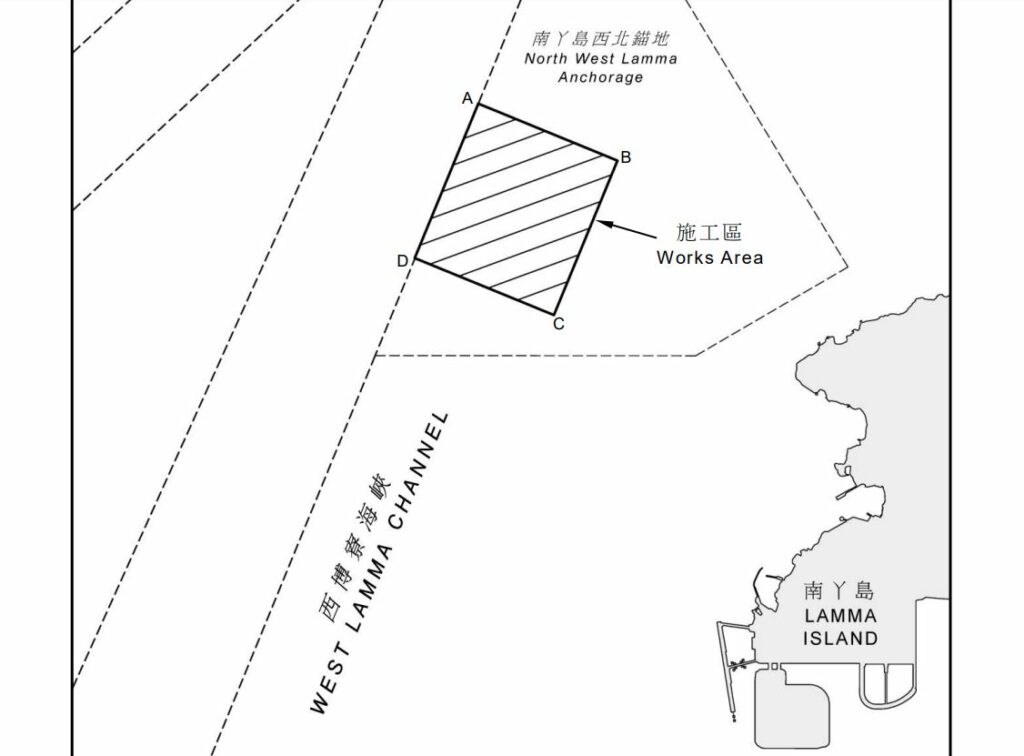