A CSD like Spartacus has never been seen before in the industry, said DEME.

“She boasts an unrivaled combination of power, size, speed and high-tech features which are set to make this vessel a game changer in the market, particularly when she is faced with harder soils,” according to the company.

Royal IHC and DEME acquired extensive knowledge during the build of LNG-powered trailing suction hopper dredgers Minerva and Scheldt River. This know-how was invaluable throughout the construction of the Spartacus.

As the first LNG-powered CSD in the world, the SPARTACUS sets a new benchmark in the industry. It also features several additional innovations, such as a waste heat recovery system, a one-man operated dredge control and a heavy-duty cutter ladder that can reach a dredging depth of 45m. 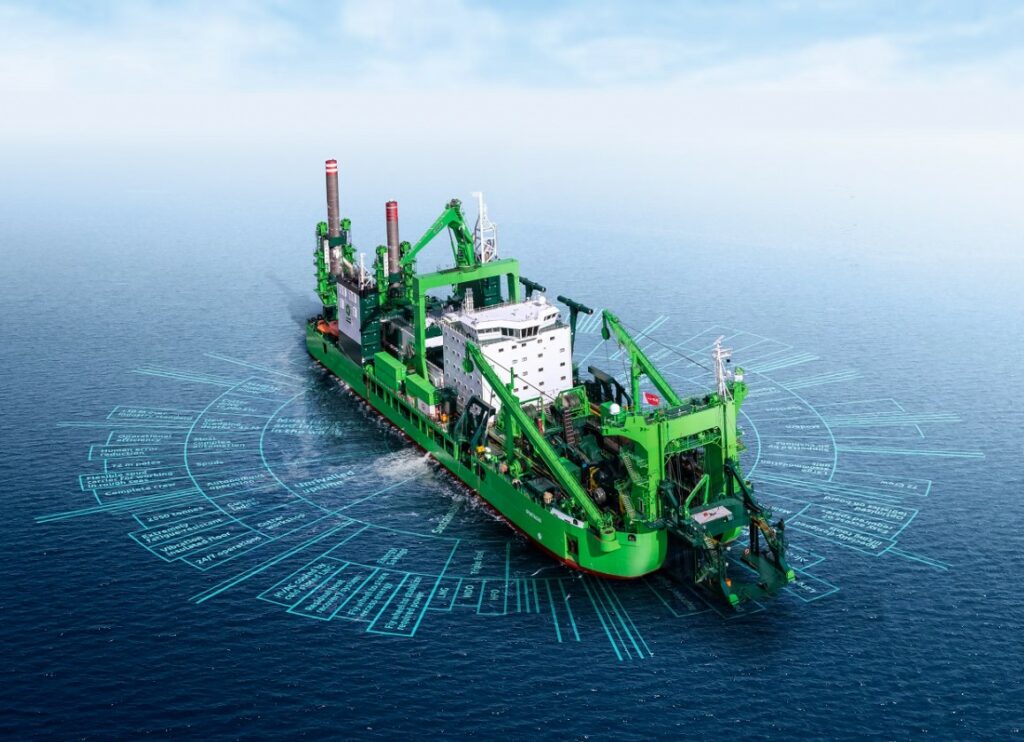