A permanent entrance (the Entrance) to the port of Gippsland Lakes from Bass Strait was completed in 1889.

Since its construction, there has been continual ingress of oceanic sand into the Inner Channels. In addition, an offshore bar (the Bar) has formed outside the Entrance.

Successive Victorian Governments have determined that dredging be performed to maintain reliable navigable access to, and within, the port.

For over thirty years to 2008, the side-casting dredge April Hamer maintained a channel through the Bar to allow vessels access to and from Bass Strait.

During this period, the Bar continued to grow until it comprised of a shallow area (cut by the dredged navigation channel) containing several million cubic metres of sand.

From 2008 Trailing Suction Hopper Dredge (TSHD) technology has been used to successfully maintain the Bar and Entrance Channel.

The ingress of sand through the Entrance creates shallow waters and navigation hazards in the Inner Channels.

For many decades, and still now, Gippsland Ports and its predecessors have used a Cutter Suction Dredge (CSD) to maintain the navigability of the Inner Channels at Lakes Entrance.

Initially material from dredging the Inner Channels was pumped onto adjacent land or water, but since 2001 the CSD has connected to the Sand Transfer Station (STS) and the slurry has been pumped into the surf zone at one of two beach outfalls located approximately one kilometre east and west of the Entrance.

From 2008 to 2016 dredging of the bar and entrance channel was conducted using a contracted Trailing Suction Hopper Dredge (TSHD) with dredging programs undertaken annually through interventions of four to eight weeks duration (the actual time required influenced by the extent of sand accretion).

With the acquisition of Tommy Norton TSHD in 2017, dredging of the bar and entrance channel is now performed on a year round basis.

Dredging of the inner, near-Entrance channels will also be on a year-round basis, with the exception that no dredging will be undertaken within the defined Rigby Island Buffer Zone during periods of exclusion for migratory bird breeding. 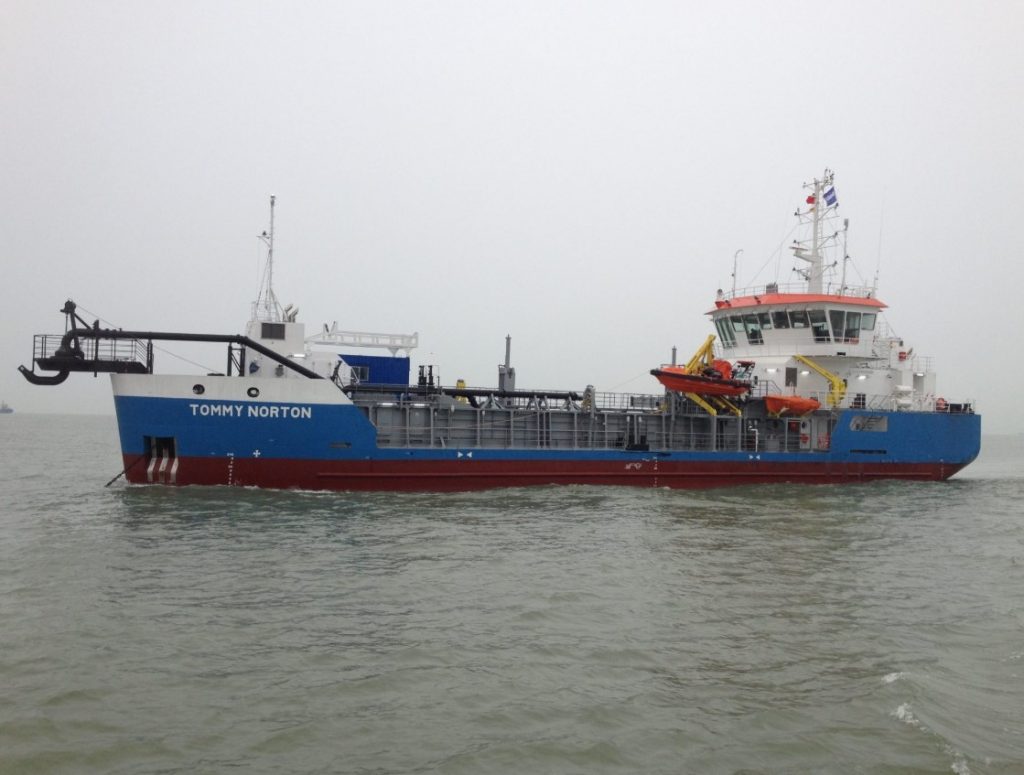