In fact, the main goal of this work is to meet inspection requirement from U.S. Coast Guard regulations.

Bids were solicited via the internet with two received, according to the U.S. Department of Defense (DoD).

Work will be performed in Mobile, Alabama, with an estimated completion date of December 30, 2020.

The U.S. Army Corps of Engineers, New Orleans District, is the contracting activity.

Although the dredger is maintained in a state of readiness for worldwide operations, it spends the majority of its time operating in the Southwest Pass of the Mississippi River.

In this area, the dredger deals with shoaling problems that occur during high and low water. 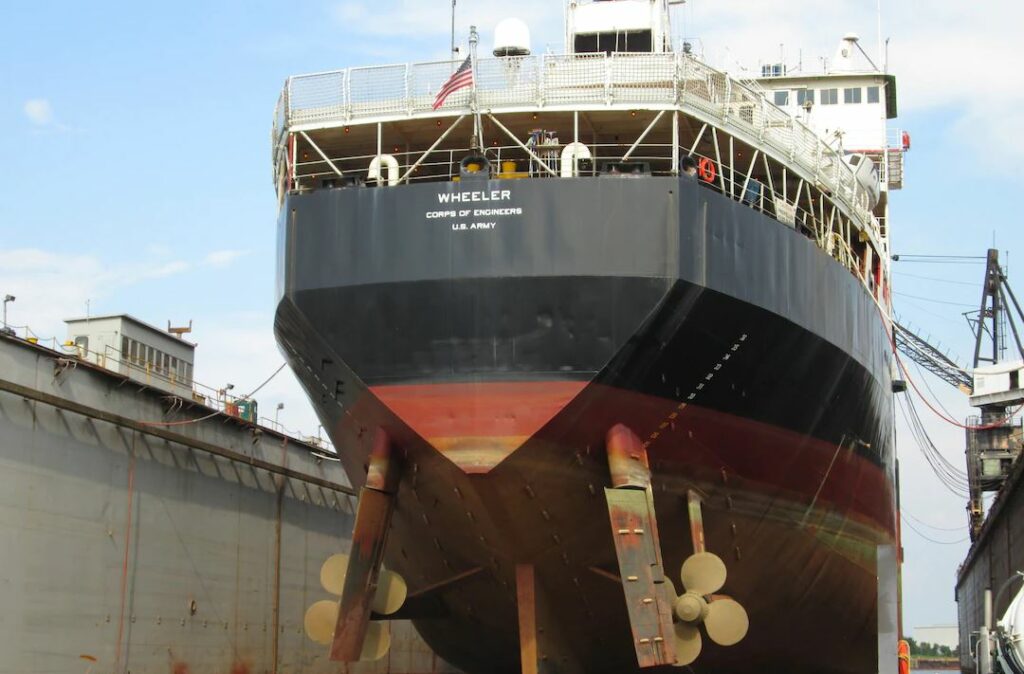