The Environment Agency has completed repairs to a 40 meter slip on a flood defense embankment in Doncaster.

The embankment suffered from damage before and during last winter’s flood conditions. This area lies between the River Don and the South Yorkshire Navigation canal in the Wheatley Park area of Doncaster.

The bank slip could have been at risk of destabilizing the whole river bank if it was left unrepaired, said EA.

Also, the £2 million works at Wheatley Park are part of an overall £32 million package of repair works across Yorkshire.

A large 42 tonne excavator was transported to site using a pontoon as part of the work. In fact, large barges were used to transport materials in to repair the bank.

Finally, over 580 rock bags weighing over 1,000 tonnes were placed in engineered bays.

The repair works were carried out by BAM Nuttall and their specialist contractor Waitings, and ARUP.

In South Yorkshire, government has invested £44.3 million in flood defenses since 2010. Also, in Doncaster, over £19.8m has been invested since 2010, providing better protection for around 4,191 homes. 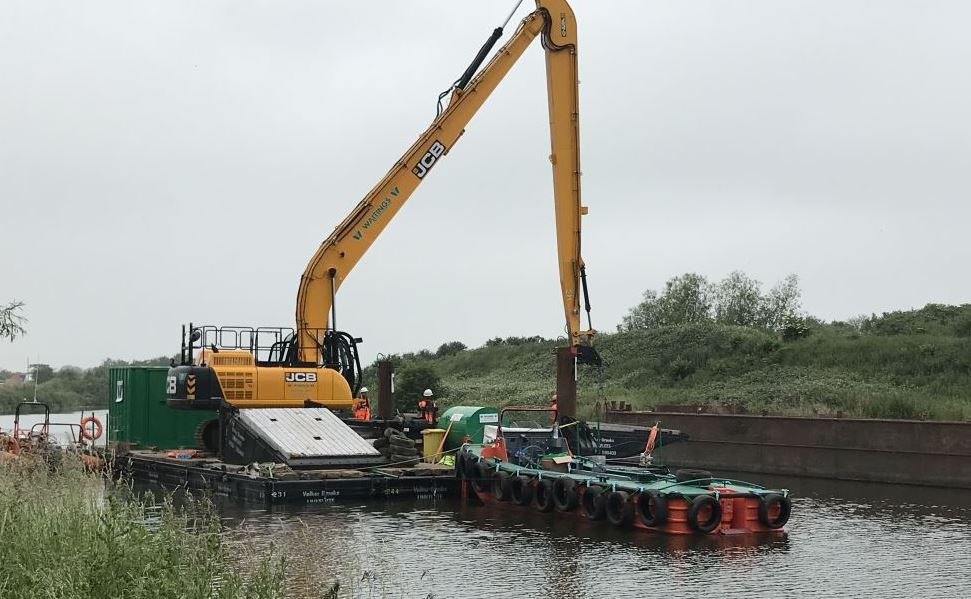