The ceremony celebrates completion of the $8.2 million, 1,325-foot armor stone revetment of the Lake Erie seawall that will protect Route 5 from Lake Erie wave action and spray.

The new revetment provides a 10-foot-wide splash apron, which acts as a buffer between the lake and road. It dissipates most of the wave energy so that it does not affect travel conditions. Prior to the revetment, storms would deposit large amounts of debris resulting in unsafe conditions.

Buffalo District awarded the construction contract to Ryba Marine Construction, from Cheboygan, Michigan, in August 2019 and construction began in September 2019. 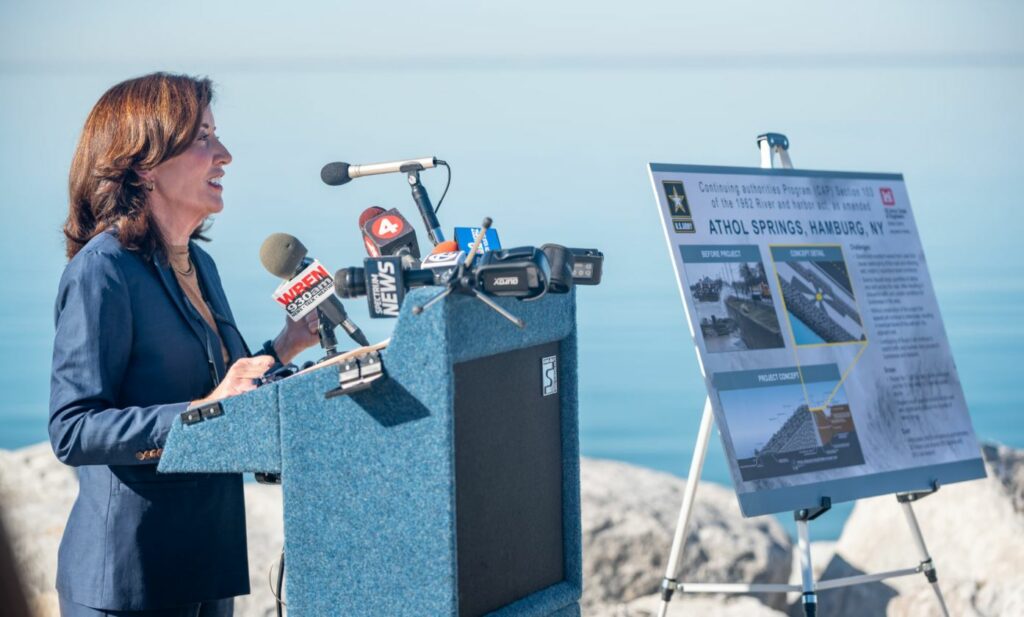