Port of Townsville has marked another major achievement in its biggest ever upgrade, the $193 million Channel Upgrade project.

“It’s taken seven months and 570,000 tonnes of rock, and we’re thrilled to advise we have now joined the eastern and western sides of the port’s 2.2km rock wall,” reported Hall Contracting.

The scope of the works included hauling and placing core rock, secondary armourstone and primary armourstone, and geotextile lining of the internal surface of the rock wall.

Before capital dredging begins, Hall constructed this new rock wall to the North of the existing East Port, at the mouth of Ross River.

The 62ha area, bunded by the new rock wall, will ensure all dredge material from the channel widening will be beneficially re-used. This re-use of capital dredge material is in accordance with the Sustainable Ports Development Act 2015 and UNESCO Reef 2050 commitments.

Completion of the Port Reclamation Area is the final stage of the Channel Upgrade and is due for completion in 2023. 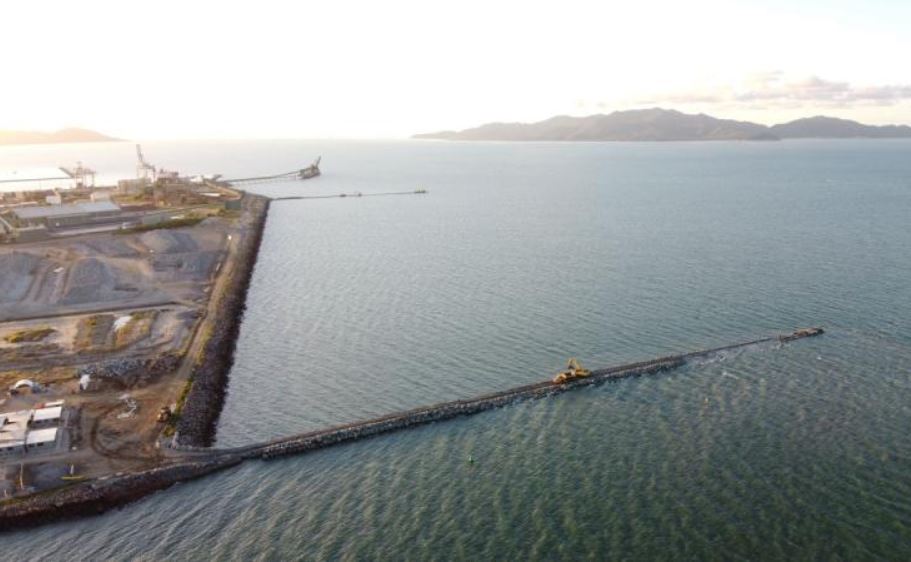