The U.S. Army Corps of Engineers, Sacramento District has just announced that the work on the Sacramento River East Levee in the Pocket is nearing its conclusion.

As reported by the Corps, the crews are in the process of rebuilding the levee at five locations between Miller Park and the Freeport Regional Water Intake Facility.

The photo near Sutterville Rd shows the rebuilt levee and paved bike trail there.

USACE will wrap up levee construction work for this season by the end of November, with the bike trail reopening set for the end of the year.

The scheme is part of the American River Common Features program work, which is a collaborative effort between USACE, California’s Central Valley Flood Protection Board, California Department of Water Resources and the Sacramento Area Flood Control Agency (SAFCA).

The project will modernize Sacramento’s aging flood infrastructure for more than 500,000 people in the greater Sacramento region. 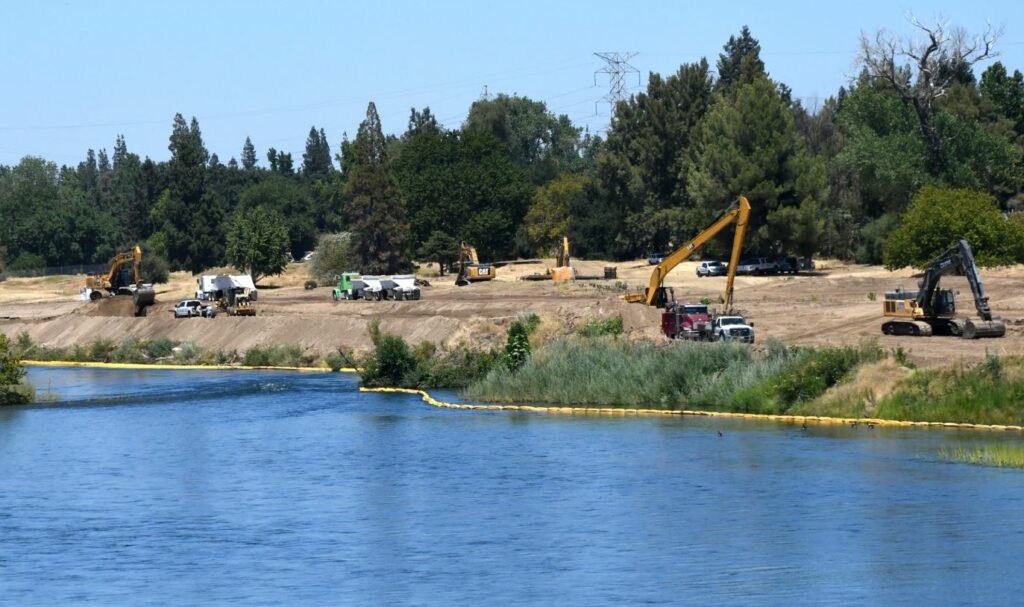