The vessels are part of the contract signed by Lotos Shipyard and State Transport Leasing Company for construction of four self-propelled bucket-wheel dredgers for Ob-Irtysh and North-Dvina Basins of IWW.

According to the shipbuilder, the yard laid down first two ships of the series (hulls No. 504, 505) in September 2020. Construction of the vessels is moving ahead of schedule.

The dredgers can be operated at the temperature between -10ºС (in ice-free waters) and +35ºС. They are intended for dredging/removal of alluvium from rivers and canals, construction of canals. 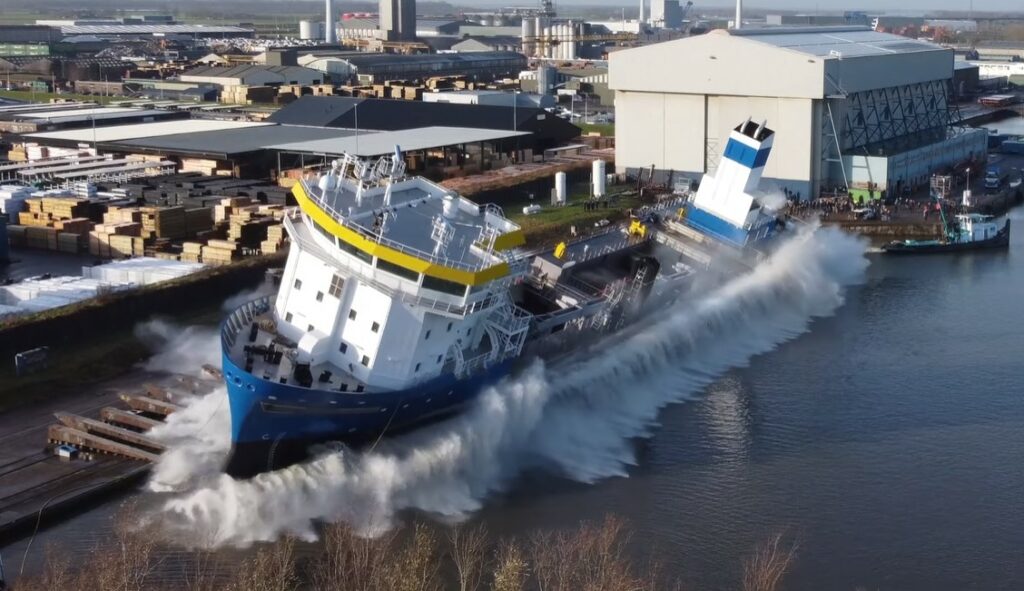