According to the Carteret County, the dredge was moored in the Harbor since Sunday (2/21/2021) because of rough sea conditions. But, the JS Chatry was re-mobilized last Wednesday to continue dredging in Range A of the Harbor.

The beachfill is currently near the far west end of Club Colony Drive and there is roughly 700 linear feet remaining until the beachfill “jumps” to the other side (west side) of the Oceanana Pier.

From there, the contractor has 3,450 linear feet of beachfill remaining between the Oceanana Pier and the Circle.

Before the pause, Weeks Marine made good progress completing dredging works in the reach known as “Range B”. “We estimate that around 700,000 cubic yards have been already dredged and placed along 7,886 linear feet of beach,” said Carteret County in the update.

In total, the contractor will remove approximately 1.2 million cubic yards of dredged material for the duration of the Morehead City dredging project. The material mostly comes from the areas known as the “Range B, Cutoff, and Range A”. 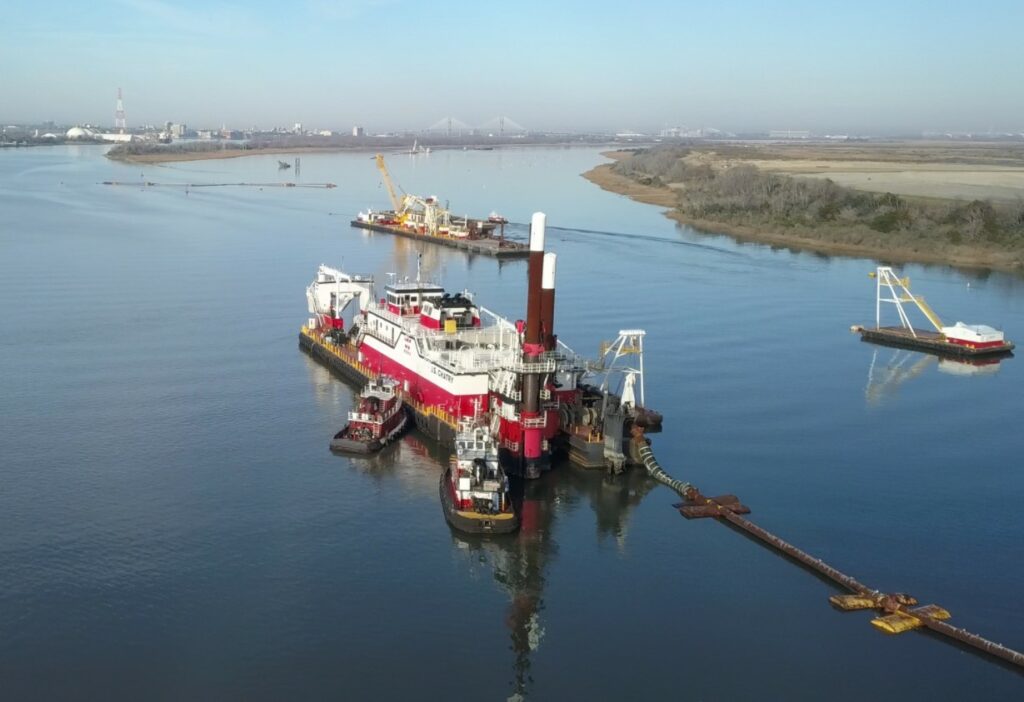