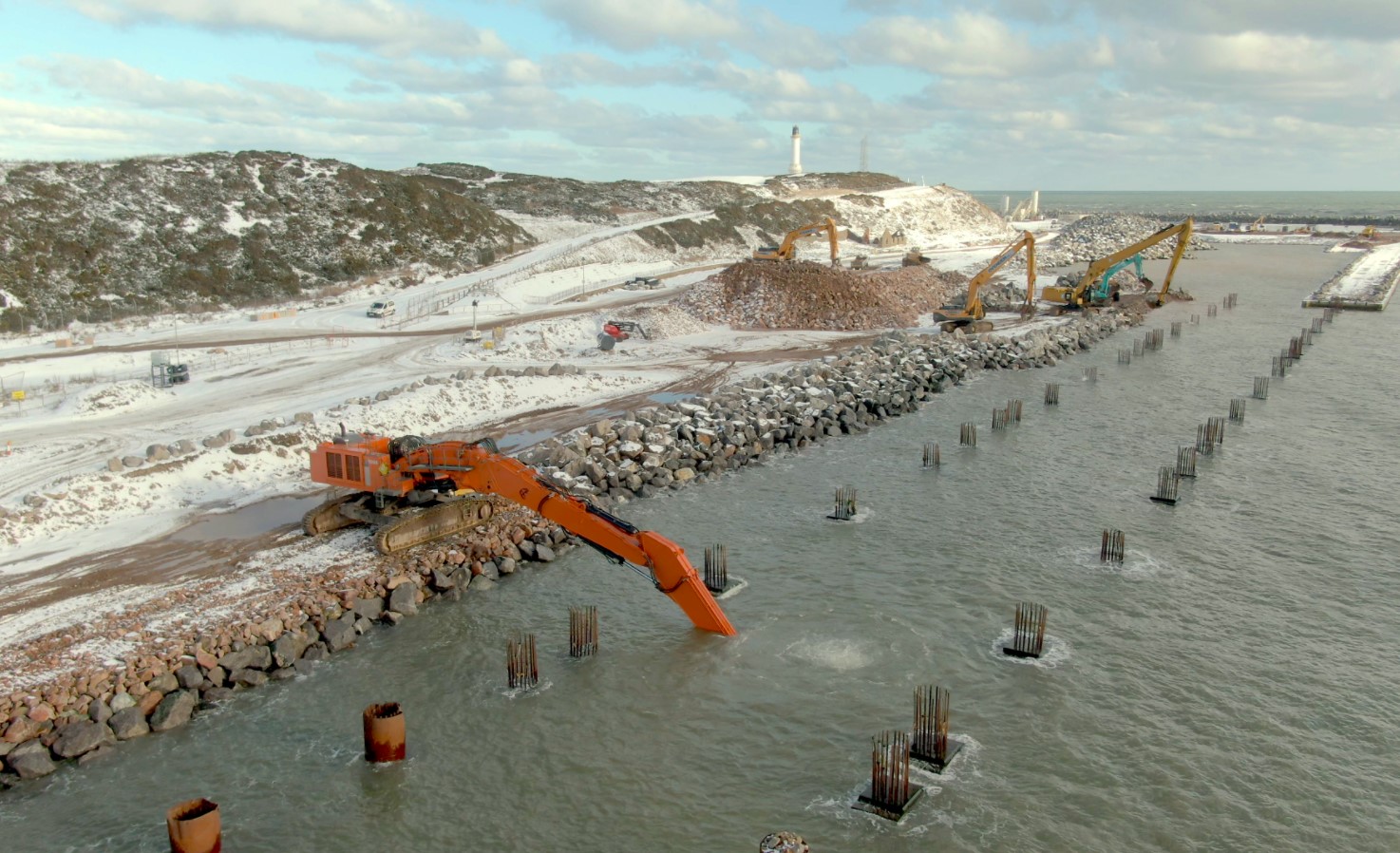 Aberdeen Harbour – Working through the winter

“Work has progressed on site despite the wintry weather in February, and we are gearing up for a busy construction period in the spring and summer,” announced the port.

In February, revetment work continued around the concrete piles on the North and West Quays, and infill material has started to be placed behind the caissons on the North Quay.

As reported, in the next weeks more core material and rock armour will be placed on the quays, and preparation work will be carried out on the material which will become the foundations of the Crown Wall.

An on-site batching plant has been assembled at the North-East corner for the supply of concrete throughout the project.

The port also added that in the month ahead, construction work will continue in accordance with all Government guidelines and enhanced safety and hygiene practices. 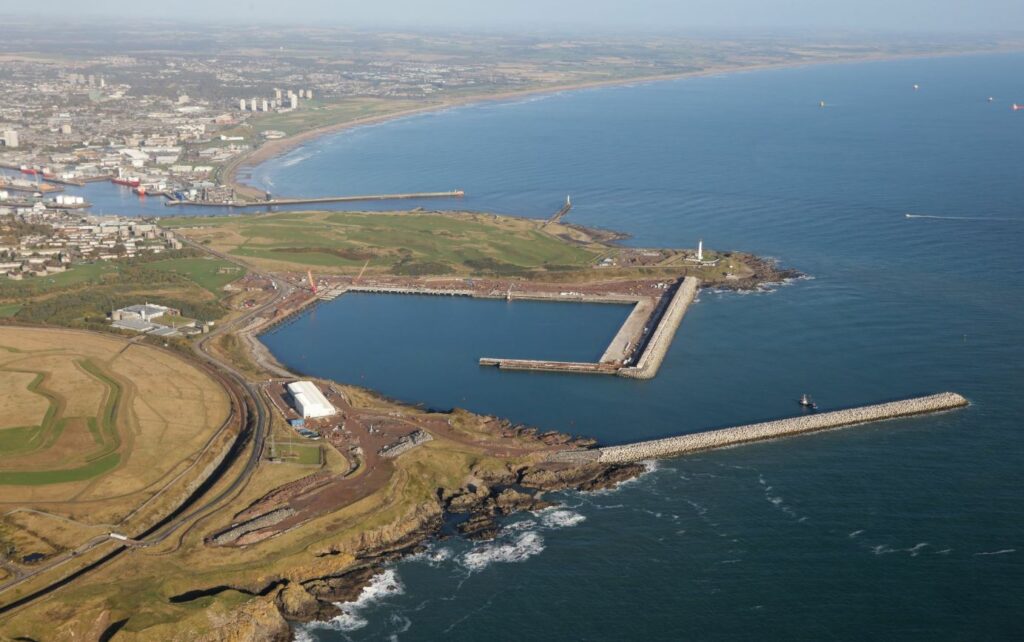