Work to reduce the risk of flooding for Lincolnshire’s coastal communities is set to begin next month (April 2021) with the yearly replenishment of sand on beaches between Saltfleet and Gibraltar Point.

The Environment Agency’s annual beach management scheme sees sand dredged from licensed areas of the seabed and pumped onto the beach to replace levels naturally lost to the sea throughout the year.

The EA has been restoring sand levels on the Lincolnshire coast every year since 1994. In addition to reducing flood risk, the work brings supplementary social and economic benefits by retaining the sandy beaches for a vibrant tourism industry.

Dredging is expected to begin in April, after the Easter school holidays. The access road to Huttoft Car Terrace from Roman Bank will be closed from 22 March until 27 March for equipment to be safely delivered and a site compound to be set up.

The replenishment work is predicted to take six to seven weeks, with more than 400,000 cubic metres of sand pumped back onto beaches between Saltfleet and Gibraltar Point, including at Trusthorpe, Mablethorpe, Ingoldmells, Trunch Lane, Wolla Bank, Chapel Six Marshes and Huttoft.

Earlier in March, Van Oord and the Environment Agency signed a new contract to continue protecting the Lincolnshire coast of the UK for the next four years. 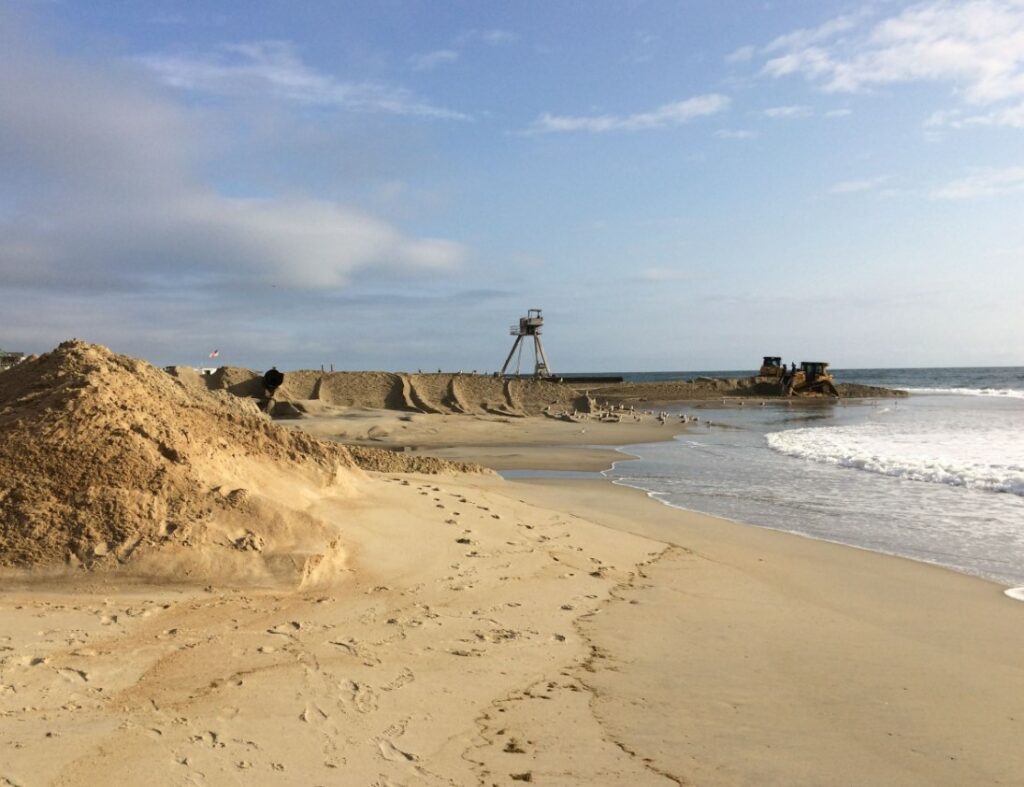