Although mobility might not be the first quality that comes to mind when talking about a 300,000-pound machine, that’s what attracted Broussard Brothers Inc. to their new Sennebogen 875 R-HD material handler.

“We originally saw the 875 at CONEXPO,” said Chip Broussard, a third-generation member and current VP of Finance for the family-owned business.

”We also saw a Sennebogen in a rock yard near here; but we bit the bullet at CONEXPO and decided this is our best bet. We had seen similar machines in the area, but nothing of this size and the other machines have to be welded down to the barge.”

Broussard Brothers was looking for ways to be more competitive in bids for upcoming government contracts for seawall restoration work. With miles of Louisiana coastline requiring thousands of tons of rock to be loaded and placed, these jobs would be a welcome addition to the Broussards’ long-term plans.

“It’s very adaptable to our wide range of operations,” he added.

“Some of these rock jobs, the stones are very large, more than the clamshell can handle, so we have the grapple for that. We have also done some dredging with it, some maintenance work.”

This was where the 875 first showed off its real capacity for production.

“We were loading some material barges, one that can hold up to 350 tons. We loaded it in about 20 minutes!”

Broussard also added that his first dredging project let the 875 shine in optimal conditions. In that situation, with short, easy swing cycles, he estimated that the 875 could move as much as 600 tons per hour.

But in a more realistic application, such as shoreline restoration work that requires precise placement of man-sized boulders, Broussard said that the machine can maintain his target of 400 to 500 tons per hour. 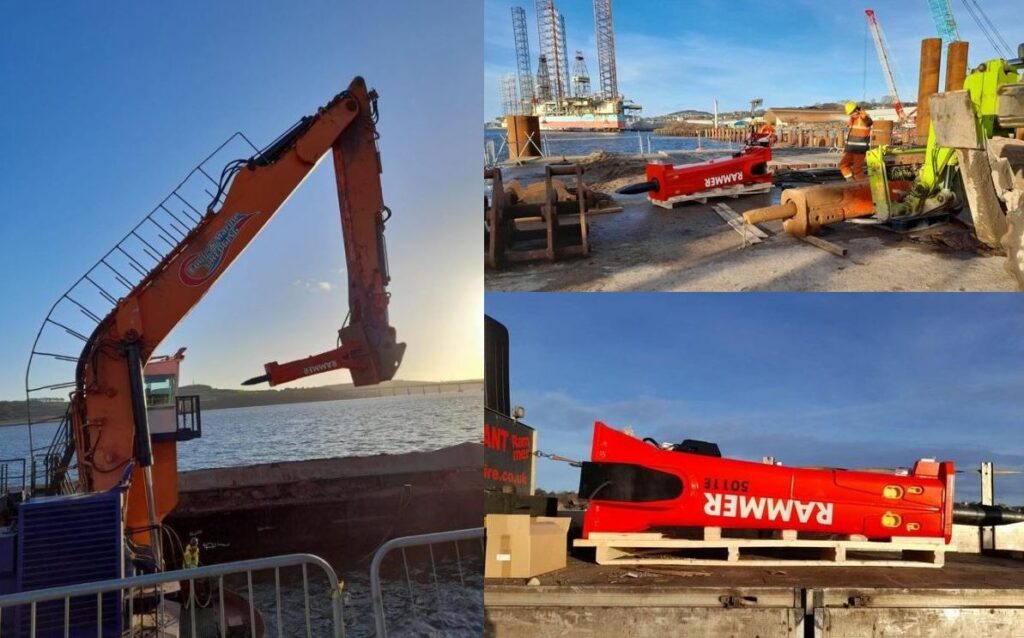