Baggerbedrijf De Boer – Dutch Dredging has started works on the removal of sediments from the Veerhaven port in Rotterdam, the Netherlands.

Because the Veerhaven is a tidal port that has become increasingly shallower over time, the time has come to restore the depth.

For the project, Dutch Dredging brought in their crane vessel RIVAL to remove the dredged material.

According to the company, the dredged spoil is discharged into the hopper. There is a grid with holes of 20x20cm on top of the bin, so that waste / debris does not end up in the bin. The dredged material is then transported to the various processing locations.

In addition to the dredging work in the harbor and at the outer jetty, spoil will also be removed under the harbor office. This job will be performed by the divers from DUC Diving from Urk.

The project, which started on March 15th, will be completed by Monday, April 26 at the latest.

The Veerhaven is home to sea-going maritime heritage, such as sea-going sailing ships with a historic character. The fleet consists of former cargo ships such as schooners and coasters, but also loggers, cutters and boats that were used for fishing in the past, wooden and steel ships from home and abroad.

In addition to these commercial vessels, the port also hosts a number of classic sailing yachts. The Veerhaven will be made deeper in the coming weeks, so that ships with a greater draft can also moor. 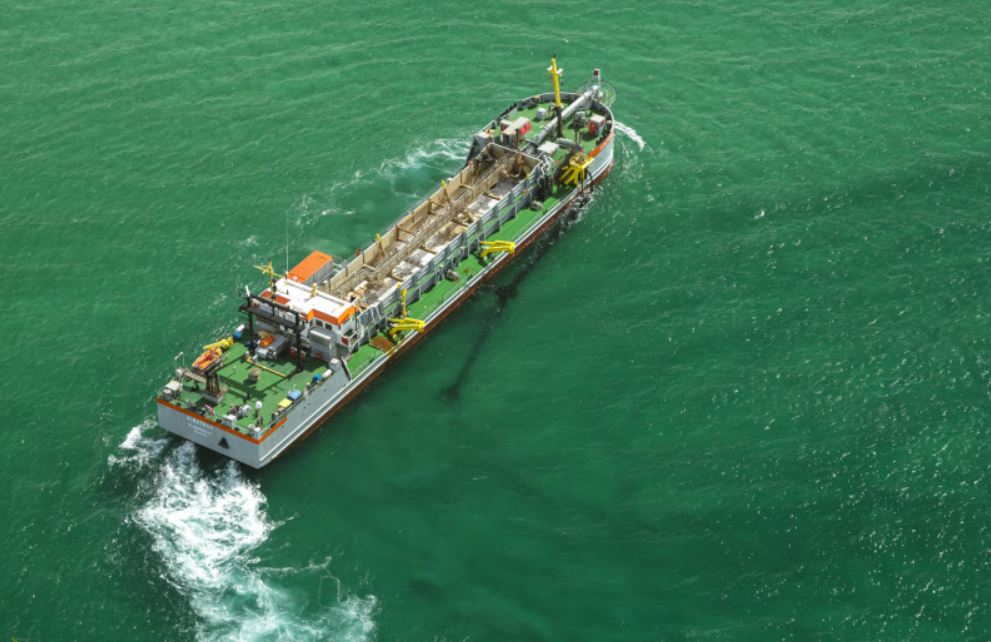